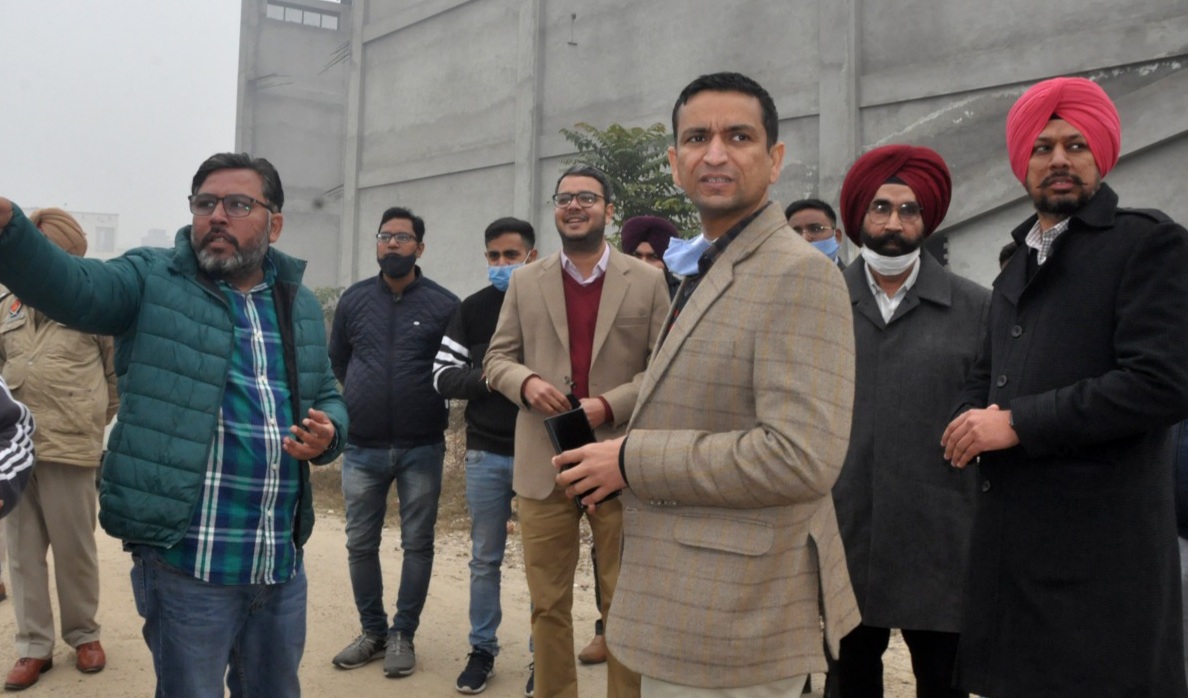 Determined to bring back glory days of Asia's first Government Arts and Sports College in Punjab, Deputy Commissioner Ghanshyam Thori said that the district administration would make all efforts on a war footing to restore the prestige of the college in the upcoming months.

Conducting an extensive inspection of the college, Deputy Commissioner along with a battery of officials visited Swimming Pool, Athletic track, Gymnastic, boxing and Multipurpose Indoor Hall, said that no stone would be left unturned for ensuring complete makeover of the facilities including sports infrastructure, grounds and equipment here which will encourage budding players from across the state to join this prestigious institute.

Ghanshyam Thori said that he is well-aware about the history of college which has remained a nursery of international sportspersons and produced hundreds of players of national and international repute since its inception in 1961.

The officials of Sports and PWD department informed Deputy Commissioner that works of college’s main building, hostel block, internal roads, new pavilion block, gymnasium hall have already been completed but some progress is pending in the completion of Multipurpose Indoor Hall and playground following which Deputy Commissioner rang up higher officials and sought immediate release of around Rs 3.94 crore.

Further, Deputy Commissioner also informed that there is an urgent need of new football ground as the earlier filed was lying completely defunct, installing street lights, RO water coolers and manpower including hostel warden, security workers and sanitation workers in the college.

Deputy Commissioner immediately directed authorities of the college to send a detailed proposal to him about the other facilities they needed so that he can take up the matter with higher officials and funds for the revamping of infrastructure and facilities for the youths here can be received at the earliest.

Meanwhile, Ghanshyam Thori also took stock of the building work of Baba Sahib Bhim Rao Ambedkar Government College, Boota Mandi and said that 55 per cent construction of college has been over. He said that the Punjab Government has been spending Rs 11.46 crore on this degree college.

Deputy Commissioner also talked with higher officials of Higher Education Department and requested for the release of the remaining amount of Rs 9.21 crore for completing the construction of the college. He said that college will ensure quality education to the students of society mostly from weaker sections.

Get the latest update about Will make all efforts to restore the pristine glory of Asias first sports college, check out more about Jalandhar, Top News, DC Ghanshyam Thori & Truescoop News