Daler Mehndi has been arrested by Patiala Police on Thursday, 14 July 2022. In 2003, a case of 'Pigeon Pelting' was registered against the Punjabi Singer. 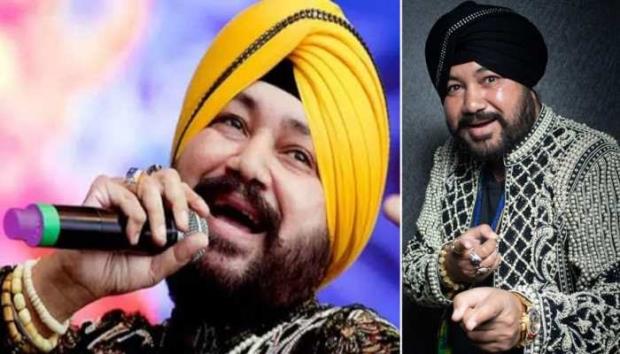 Daler Mehndi has been arrested by Patiala Police on Thursday, 14 July 2022. In 2003, a case of 'Pigeon Pelting' was registered against the Punjabi Singer. He was earlier imprisoned for two years in this case. However, he challenged this sentence in the sessions court of Patiala and then there the sentence was upheld. After this, he was arrested by the Patiala police and he has been sent to Patiala Central Jail.
In the year 2003, on the complaint of Bakhshish Singh, a resident of village Balveda, the police of Sadar Patiala had registered a case of cheating of lakhs against Daler Mehndi, his brother Shamsher Singh, Dhyan Singh, Bulbul Mehta on the pretext of sending them abroad. Bakshish Singh had complained that Daler Mehndi had taken Rs 13 lakh from him in the name of sending him abroad, but later neither sent him abroad nor returned his money.
In FIR No 498 dated 27 August 2003 u/s 406,420,120B, 465,468,471 IPC and Indian Passport Act, the court of HS Grewal has sentenced the accused singer Daler Mehndi to 2 years imprisonment against an appeal. It is worth noting that even earlier, Daler Mehndi was sentenced to 2 years by JMIC Patiala on 16 March 2018. Now the Patiala Sessions Court of Punjab has upheld his imprisonment in the case of human trafficking i.e. pigeon pelting.
Also Read: Punjabi singer Daler Mehndi gets two year jail in a human trafficking case
How it can impact Mika Di Vohti?
Mika Singh's swayamvar show 'Mika Di Vohti' is airing on Hotstar from June 19. Bollywood singer is searching for his future bride through this Swayamvar show. However, he had told in an interview that he is looking for a wife like Kapil Sharma's wife Ginni Chatrath. Now Singer told that he has decided to do Swayamvar at the behest of his brother Daler Mehndi.
Talking to the media during the promotional event of Mika Di Vohti, Mika Singh said, 'Daler paaji is like my father, he is an elder brother and also my master. In such a situation, whatever he says, I cannot deny it.'
Mika Singh further explains that in the year 2015, he got the idea of ​​Swayamvar for the first time, but then it could not happen. His priorities were second at that time. According to Mika Singh, 'I was completely immersed in music at that time and did not want to be distracted. Daler paaji asked me to take this step, I decided to give this thing a chance in life too.
All such things signal that' Mika Ki Vohti' is likely to air or continue since as Mika earlier also mentioned that his so-called brother Daler Mehndi is always next to him. And we all know that Daler Mehndi has been sentenced to 2-yrs in jail and in his absence, Mika is likely to choose or marry someone.
There might be a possibility that he will choose his life partner in all such chaos. Although, it was also speculated that Kapil Sharma, Daler Mehndi and other B-stars are supposed to be the part of 'Mika Di Vohti' finale episode. But as of now, all these things seem void and null.