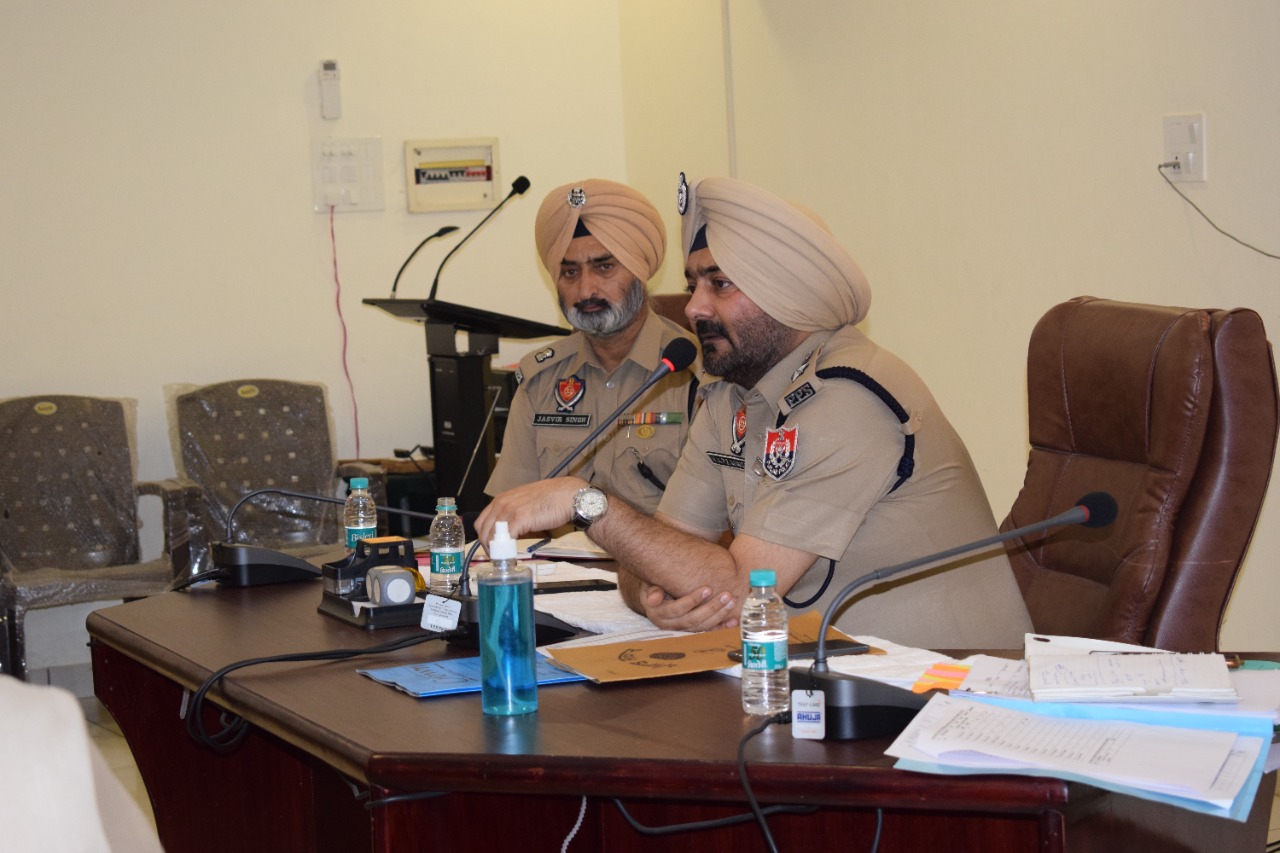 Senior Superintendent of Police (SSP) Harkamalpreet Singh Khakh on Friday directed all officers/officials to win the public trust by delivering prompt justice to the people and addressing their complaints in a time-bound manner.

In a series of meetings with SPs, DSPs, SHOs, and other heads of various branches including Sanjh Kendras, EOW wing and Women cell, highway patrolling, PCR motorcycle patrolling, Traffic police,  SSP said that all of them must infuse fear among the criminals and strengthen the trust of public on the force. He directed them to ensure people do not suffer here to there to get their complaint listened instead their issues must be settled at the levels of police stations/police posts which would help to gain the public faith.

He said the police have been adopting a zero tolerance against corruption and if anyone found to be indulging into this malpractice, will face severe action. Khakh also urged the general public that if any police employee in this district asks for bribe or if you have tip-off about corruption, then he or she can directly meet him and would take strict action against them.

SSP reiterated that police have already been dealing drug peddlers, gangsters and other anti-social elements with heavy hand and no one would be spared to ensure crime free society.  Khakh said police have been making all out efforts to maintain law and order situation in the city at any cost.

SSP also directed the GOs to initiate such random checking drive in their areas adding the checking of inter-state travellers must be ensured at various check-points in the city, especially on the highways.

He further added that the special checking drives would be carried out in crowded places such as markets, railway stations, bus stands, and shopping malls to ensure fool proof security arrangements at these vulnerable points.

He asked all the Station House Officers (SHOs) to tight noose around the anti-social elements by keeping a close tab over their activities besides ensuring monitoring of criminals on bail. Further, he asked the officials to also intensify patrolling at public places so as to maintain the law and order situation in wake of festival season.