With Liz Truss' resignation, here are the top contenders who can possibly take over as the new British PM

The premier contenders for the post of the top leader of the government as the fifth Conservative to the post after Brexit and third after the 2019 General Elections Author : Tushar Singh 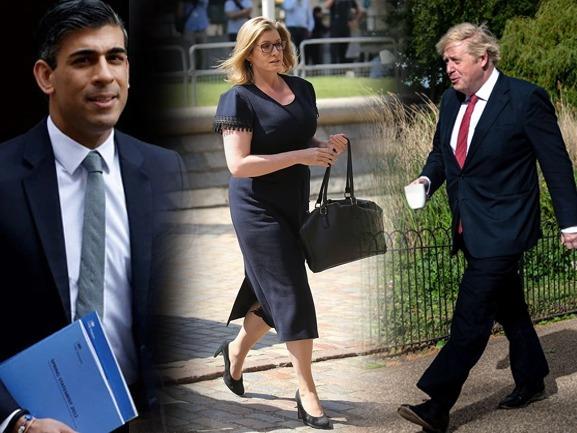 Liz Truss’s resignation in six weeks after taking over as the British PM didn’t come as a surprise to many as it was anticipated by many associated with the matter. Her policies on the economy and the political turmoil that followed made this move inevitable.

Forced by her fellow conservative party members, Truss abandoned all of her policy programs which turned out to be a triggering point of contention leading to the prevailing political scenario in The UK that eventually ended up with her resignation.

The development in the British political scape in the past few weeks had lowered her approval ratings alongside that of her party. Since Friday last week, Truss saw the resignation of two of her four senior ministers in the government.

With her resignation setting in, who could possibly take over the top post of the government in the UK, who will be the fifth Conservative at the post after Brexit and third after the 2019 General Elections is a question that looms over more than everything else.

Defeated by Truss six weeks back, the former chancellor has spent the past month enjoying the show in the political scape of the country, making else feel why he was the right choice.

However, in the current scenario, he holds the best chance of succeeding in the post as the new PM and a chance for his team to portray him as a safe pair of fiscal hands amidst the prevailing scenario.

In a separate case, many believe he might be teaming up with Penny Mordaunt to cover up the ideological bases and later to be crowned by their fellow MPs to settle the point of who should finally hold the post.

The conservative party lady holds a fair chance to lead the British government as said by the former PM David Cameroon could now be a possibility for her sooner than expected.

British Prime Minister Liz Truss quits in six weeks to the post, after her policies triggered economic turmoil in the country

Mordaunt, the insurgent star of the summer’s leadership contest and largely untarnished by the Boris Johnson era offers a consensual brand of Conservatism.

Up until the fifth and final round she was right next to Sunak in terms of having the number of votes from the MPs before Truss overtook her.

The Brexit man and the British PM until a couple of months back, but with the current scenario in place, the 58-year-old can well regain his post.

About his possible return, Johnson might not have spoken anything explicitly, although in his parting speech he hinted at some big gambling that might set in and ended up saying “Hasta la vista, baby” or “see you later.” However, anything can be possible and the chance of his returning as well cannot be sidelined.

New Finance Minister Jeremy Hunt, brought to replace Kwasi Kwarteng holds a rapport of being one of the most powerful figures in government after he positioned to overhaul Truss’s economic plan and bring calm to the chaotic market.

The 55-year-old is seen by many who are associated with the UK’s politics as the stable option and holds the experience of serving in several governmental posts. Although earlier this week he put a halt to the talks giving air about his possibility saying, “I rule it out, Mrs. Hunt rules it out, three Hunt children rule it out.”

The Secretary of Defence much on the line of Mordaunt, Wallace is a favorite among many Tory members, with a huge segment believing him to be the top contender who can succeed Johnson. However, opted not for going, although if he goes for the run this time, owing to his reputation among fellow conservatives, his chance to the throne remains fair alongside others in the fray.