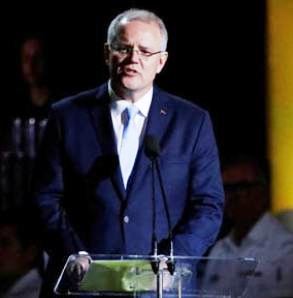 After a woman alleged that she was raped in the parliament of Australia by a colleague, Prime Minister Scott Morrison has assured her of investigation and apologized on Tuesday.

Alleging that she was raped in the office of Linda Reynolds in March 2019. She says that the alleged rapist also worked for the ruling liberal party.

The woman didn't make a formal complaint fearing her career prospects but she had a talk with police in early April 2019.

Morrison while speaking with the reporters in Canberra said, "That should not have happened, and I do apologise." He also added, "I want to make sure any young woman working in this place is as safe as possible."

Now the PM has appointed Department of Prime Minister and Cabinet Official Stephanie Foster to probe into the workplace complaints and review these.

Series of complaints by woman on the behavior of men colleagues in the liberal party has put pressure on Morrison.