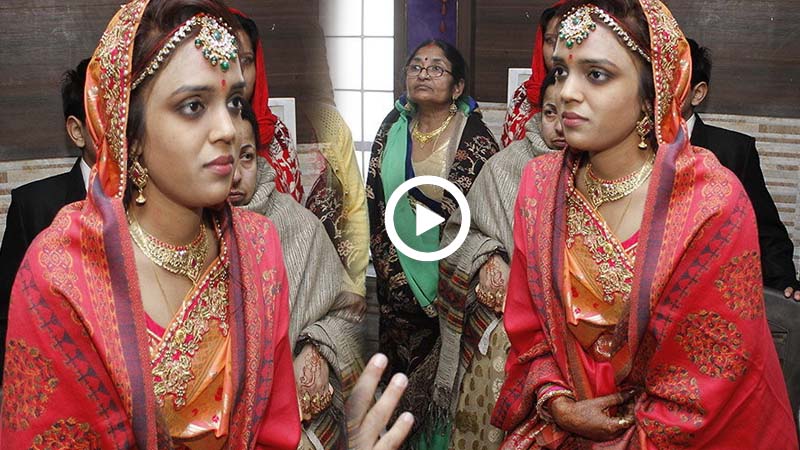 With International Women's Day is still to come on March 8, True Scoop News salute to a woman from Gwalior named 'Shivangi' who broke ties just after getting married. The case is from Gwalior, where Shivangi and the groom happily married in the night but in the morning, the girl was so angry by acts of boys side that she broke the marriage at the same time.

Shivangi's marriage was fixed with Prateek son of Suresh Aggarwal, a resident of Phalka Bazar. On Friday, the bridegroom had reached the wedding procession, but on Saturday he had to return home without the bride. Shivangi is the daughter of Dwarka Prasad Aggarwal who is a jeweller.

As per reports, the woman is an engineering and MBA degree holder and works in Gwalior, while the groom Prateek has done a BCom and runs a sanitary shop in Phalka Bazaar.

As per Shivani, when the farewell was being prepared on Saturday morning, the groom's father Suresh asked to show the jewellery and accessories kept in the bride's suitcase. But there was a dispute between the two sides after this, after which the bride and her father broke the marriage, accusing the bridegroom of asking for dowry and said that we should not have a relationship with such people.

Later police were called on the spot, but the matter did not go to the police station. The bridegroom returned the money and all the money found in the dowry to the bride and both sides broke the marriage. The bride alleged that money was being demanded from the groom's side. After marriage, boys also started demanding cars. Prateek also asked me for salary, so I broke the marriage.

True Scoop salutes to such women who have such courage to stand against the social evil of society. As the theme of International Women's Day tells 'An equal world is an enabled world', similarly discrimination among men and women should be abolished.

Get the latest update about Woman Breaks Her Marriage, check out more about Madhya Pradesh, National News, Story of Shivangi & Dowry System