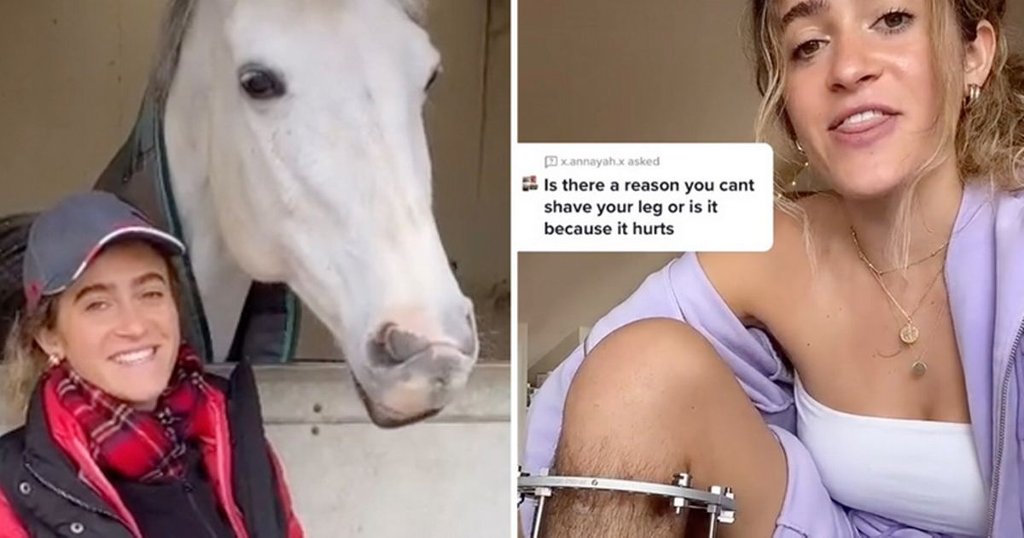 Millie Mclay was brutally trolled by social media users when she was left unable to shave her leg after an accident. The 23 years old Mclay, suffered a broken limb while horse riding at Richmond Park, London in December 2020.

She decided to stay active on social media and encourage people through her story. However, she was brutally trolled on social media. One of the users commented, “Sorry for asking but I’m curious…are you a boy or was one?”

Meanwhile, some of the users also praised her for normalizing body hair and rejecting the narrow beauty standards set by society.

After receiving such comments, Mclay revealed that the doctors have advised her not to shave because little bits of hairs could go inside the holes, which could go into her bone.  She said, “I still constantly have that risk of deep bone infection and I’d have to have my leg amputated. The reason I’m not shaving is to reduce the risk of infection.”

The fitness freak was crushed after her horse galloped out of control and she slipped off its back. She suffered a high-energy tibia-fibula compound fracture and her bone was poking through the skin. The leg required an external frame to avoid amputation.

Completely shocked on getting such negative comments, Mclay decided to hit the trolls back by sharing her side of the story.  She said, “I can’t get my head around that people find it so disgusting when it’s completely normal. I didn’t do it to make a stand on try and normalize body hair.”

She further added that she wasn’t upset by the comments. “The comments have made me debate why I shave and thin maybe I will just grow out my body hair. Who am I doing it for?”

Mclay had made a video joking about the comments she gets on her hairy legs.