World Animal Day 2021: List of Endangered Animals we need to see before they vanish

It is necessary to take care of animals and coexist peacefully. 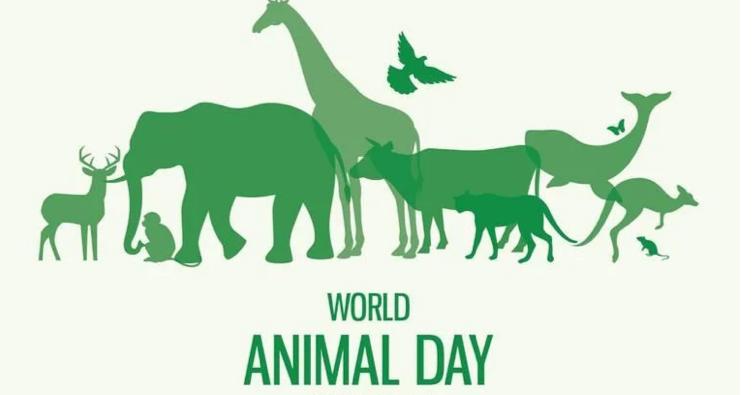 World Animal Day is a social movement that protects wildlife and raises awareness of our planet’s most endangered species.

Taking place on 4th October, it “unites the animal welfare movement”, conserving nature and fighting the biggest threats to our wonderful wildlife.

World Animal Day is celebrated to mobilize people for action now for a better future for animals. World Animal Day embraces all animals and the unique concerns of each, in every country, and makes animals front-page news.

By raising awareness and continual campaigning, the celebration of World Animal Day has introduced significant improvements in welfare standards and the law to better protect wildlife all over the world.

From animal cruelty to cures for illnesses, conferences to fundraising, World Animal Day embraces all animals and all concerns.

On the occasion of World Animal Day 2021, here's a look at 5 endangered animals that you should see before they vanish.

Tiger is India's national animal and the Royal Bengal Tiger is one of its most magnificent species. It is one of the biggest wild cats with its 10 feet long physique, weighing 550 pounds. Mostly found in Sundarbans National Park, it also can be spotted in the Ranthambore National Park, Jim Corbett National Park, Bandhavgarh National Park.

The IUCN’s best guess on the current population of Asian elephants, which inhabit 13 countries, is around 40,000–50,000. That number may be far lower; some regions inhabited by the lumbering pachyderms are inaccessible due to the terrain or to political volatility. Over 50% of the population is concentrated in India. The burgeoning human population there—and elsewhere in Asia—creates conflicts for space and resources. And while the tusks of Asian elephants are much smaller than those of their African counterparts, the Asian species is still poached for its ivory, meat, and skin.

The Asiatic Lion is one of the biggest species of lions in the world. The entire population of the species can now only be found in India and is now restricted to Gir National Park in Gujarat. The IUCN Red List has declared the animal endangered because of the constant decrease of its population since 2010. According to 2020 data, the total number of Asiatic Lions left in the country is now just 674.

A furry reddish-brown, arboreal mammal, native to the eastern Himalayas, Red Panda is yet another species that is declining fast owing to poaching and loss of habitat. It can be spotted in Sikkim, Arunachal Pradesh, and West Bengal’s Khangchendzonga and Namdapha National Park.

There are fewer than 25,000 blue whales, the largest animals on the planet. Comprising several subspecies, blue whales are found in all of the world’s oceans save the Arctic. The current population is thought to have been reduced by up to 90% by whaling in the 20th century.