World Population Day 2021: Theme, history, significance, everything about the day

Every year July 11 is observed as World Population Day. This day emphasizes the fact that a nation’s population majorly impacts development and its operation. 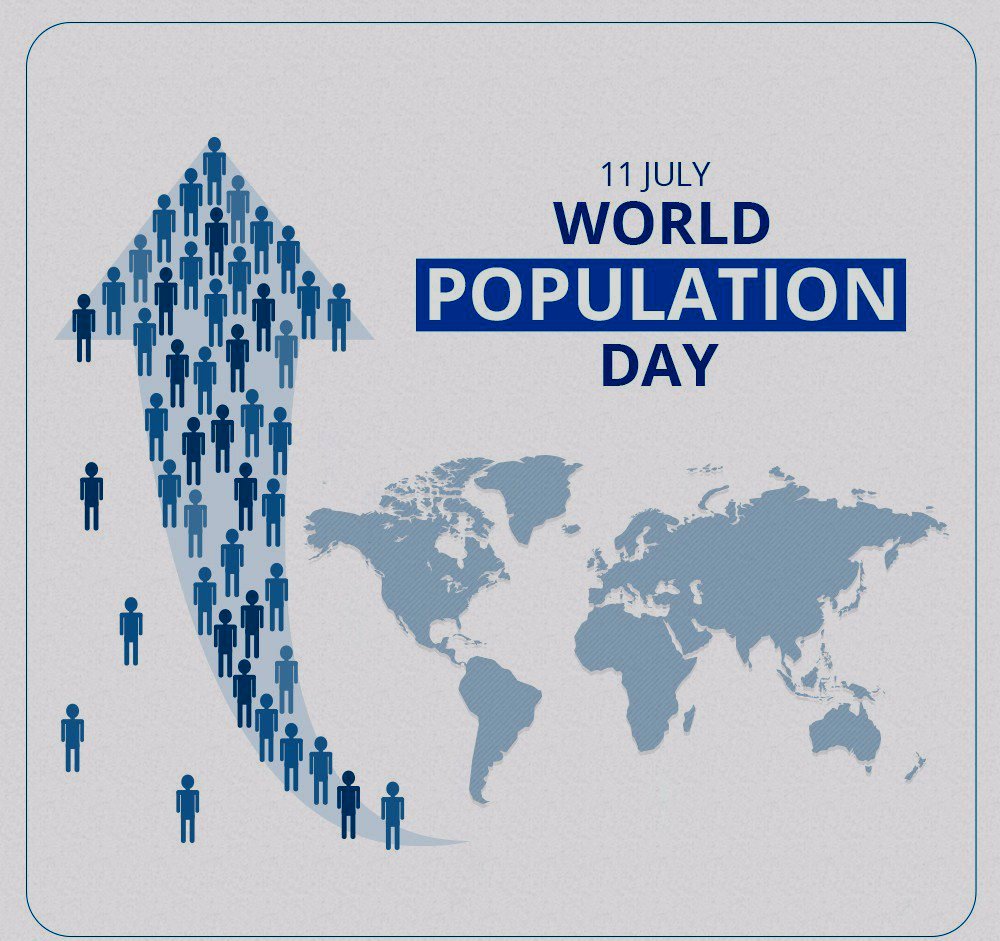 July 11 is celebrated as World Population Day every year. The population is one of the major factors which directly or indirectly impact a country’s development, as bigger the country’s population the more difficult it is to develop it at a quicker rate.

Therefore, many countries concentrate on reducing overpopulation so that they can develop the country soon and the resources of the country are managed/ used properly.

World population reached at one million after hundreds of thousands of years and then its reached sevenfold in next 200 years. In 2011, the world population was more than the mark of seven billion and now it is approximately at 7.7 billion. It is expected that it would reach up to 8.5 billion in 2030 and in 2100 it would 10.9 billion.

The reasons behind this sudden growth are:

1.) Increase in the number of individuals reaching reproductive age.

3.) The rate of migration has been increased.

World Population Day was created by the United Nations Development Programme’s Governing Council in the year 1989. The day came to the public attention during July 11, 1987, as the Five Billion Day (the estimated day on which the world’s population crossed the mark of five billion).

Later, the day was commemorated by the United Nations General Assembly in December 1990 with Resolution 45/25.

Also Read: Explained: Why China has permitted its population to produce up to 3 children

The day also emphasizes the problems like family planning, poverty, sexual equality, maternal health and civil rights. This day is more important for India as it is the second-largest populace after China.

According to UN Secretary-General Antonio Guterres," Sustainable Development 2030 agenda is the world's blueprint for a better future for all on a healthy planet. On World Population Day we recognize that this mission is closely interrelated with demographic trends including population growth, ageing, migration, and urbanization".