Honey Singh Shalini Talwar divorce comes after a year when the Punjabi rapper was accused by his estranged wife of domestic violence and had filed a case against him. Author : Ujjwal Samrat 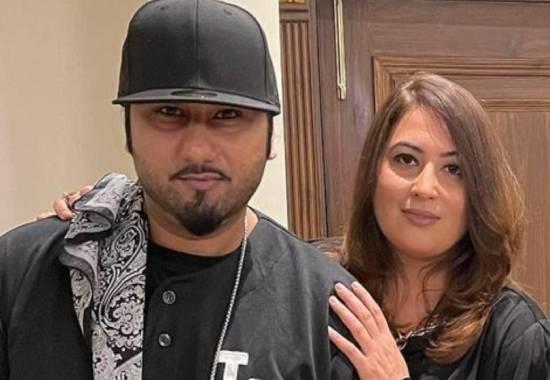 In a major development, famous Punjabi rapper and singer Yo Yo Honey Singh (Hirdesh Singh) is now officially divorced as he reached a settlement with his estranged wife Shalini Talwar on Friday. Honey Singh Shalini Talwar divorce comes after a year when the Punjabi rapper was accused by his estranged wife of domestic violence and had filed a case against him. Honey Singh had then asked the Delhi Court to allow the proceedings of the court to be in front of a camera which the judiciary had accepted. However, the Delhi Court had also considered the possibility of reconciliation between both sides too.

Now, coming to Honey Singh Divorce, the Punjabi rapper has paid alimony of Rs 1 crore for the divorce settlement. On Thursday, Honey Singh and his wife (now ex) Shalini Talwar reached to a settlement for alimony and maintenance during mediation proceedings in Delhi's Saket Court. Reportedly, Honey Singh gave a cheque of Rs 1 Crore as alimony to Shalini in presence of judge Vinod Kumar. The next hearing of the case will be on 20 March, 2023, in which the next motion will be heard.

In 2021, Shalini Talwar lodged a domestic violence complaint against Honey Singh, whom she married on January 23, 2011, and sought Rs 20 crore compensation under the Protection of Women from Domestic Violence Act. Shalini had alleged that he had assaulted her over the course of their 10-year marriage. Not only this, but Talwar had also claimed that Singh had affairs with other women.

However, Honey Singh denied the serious allegation in a detailed statement saying, "I am deeply pained and distressed by the false and malicious allegations levied against me and my family by my companion/wife of 20 years, Mrs. Shalini Talwar. The allegations are severely odious."

"I have never issued a public statement or press note in the past despite being subjected to harsh criticism for my lyrics, speculation on my health, & negative media coverage in general. However, I see no merit in maintaining a studied silence this time because some of the allegations have been directed at my family – my old parents and younger sister – who have stood by me during some very difficult and trying times and comprise my world. The allegations are cynical and defaming in nature," Singh had added.