The AAP recorded a thumping win in the Assembly polls by winning 92 of the 117 seats. Mann's oath-taking ceremony is set to take place at Khatkar Kalan today. 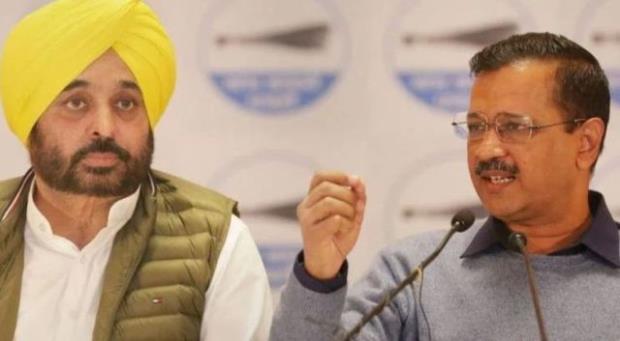 After registering a landslide victory in the Punjab Assembly elections, Aam Aadmi Party’s (AAP) Chief Minister-designate Bhagwant Mann and his Cabinet colleagues will be sworn-in on March 16. Mann's oath-taking ceremony is set to take place at Khatkar Kalan, the ancestral village of legendary freedom fighter Bhagat Singh, in Nawanshahr district.
According to the sources, the party high-command has given a free hand to Mann to decide his Cabinet colleagues.
During a meeting with Arvind Kejriwal on Tuesday, 8 out of 10 names were finalized by the party leaders. It includes nearly 7 names of MLAs who have won elections for the second time. According to sources, Aman Arora, Harpal Singh Cheema & Kultar Singh Sandhwan leads in the race of Deputy CM. All three have been elected as MLAs for the second time.
Apart from these, Principal Budhiram, Gurmeet Singh Meet Hayer, Professor Baljinder Kaur, Sarbjit Kaur Manke, are also the key candidates which are likely to be part of AAPs cabinet. Jeevan Jyot Kaur, who defeated Sidhu and Majithia from Amritsar West and Gurdeep Singh, who defeated Prakash Singh Badal from Lambi will also become part of the cabinet.
Also read: Bhagwant Mann to take oath in Khatkar Kalan: Know why Shaheed Bhagat Singh is so important for Aam Aadmi Party
The AAP recorded a thumping win in the Assembly polls by winning 92 of the 117 seats. The ruling Congress won 18 seats, a massive decline from 77 it had won in 2017, while the Shiromani Akali Dal (SAD) could manage only three seats.
Mann won from Dhuri by a margin of over 58,000 votes. Bhagwant Mann himself wore the yellow turban making it his trademark, he also asked his supporters to come wearing yellow in his oath ceremony today.