It is learned that the girl died on Friday morning at the Community Health Center located in Lakhanpur village of the district. 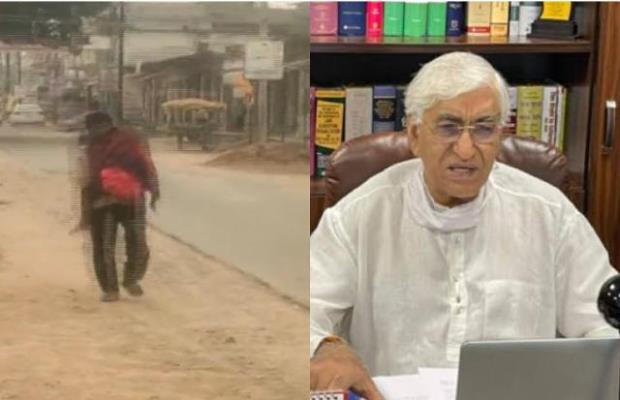 A video of a man carrying the body of his seven-year-old daughter on his shoulders in Chhattisgarh's Surguja district went viral on social media on Friday.
It is learned that the girl died on Friday morning at the Community Health Center located in Lakhanpur village of the district. Ishwar Das, a resident of Amdala village, had brought his ailing daughter Surekha to Lakhanpur CHC early in the morning.
According to sources, the 7-year-old girl was suffering from fever and colic died during treatment. The family told that the nurse gave an injection to the girl on a hungry stomach, as a result, blood came out of her nose and she died. After this, her father took the body away due to the non-availability of an ambulance.
On the other hand, this video is becoming fiercely viral on social media. While some people are angry due to the negligence of the administration, at the same time, many people are expressing grief over this incident.
Also read: Viral Video: Cop saves teen’s life who jumped in front of a train in Thane
Health Minister TS Singh Deo, who was in Ambikapur - the district's headquarters - on Friday, asked the district's Chief Medical and Health Officer to probe the matter and take necessary action.