First look of Bhediya out, Varun Dhawan and Kriti Sanon ready to rock

Varun Dhawan has started looking like a 'Bedhiya', new release date revealed with first look poster. The film will be released in cinemas on 25 November 2022. 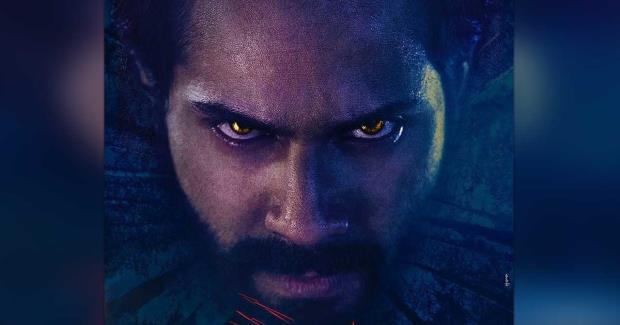 Varun Dhawan recently shared his look from his next film Bhediya. The actor will be collaborating with Kriti Sanon for a second time with the horror-comedy film. Directed by Amar Kaushik, Bhediya also stars Abhishek Banerjee and Deepak Dobriyal. A couple of minutes ago, Varun shared his first look. The Main Tera Hero actor who is known for his comedy roles and quirky expressions looks like a ferocious beast in the poster. With a wolf emoticon.

Varun captioned the post saying, "A piece of me #Bhediyafirstlook." Along with the poster, Varun also revealed the release date of Bhediya. The Dinesh Vijan produced horror-comedy has locked 25 November 2022 for the release. So, next Christmas, it's going to be a horror-comedy one. Impressed with Varun's look in Bhediya, Alia Bhatt, Huma Qureshi, Abhishek Bachchan, Anil Kapoor, and others dropped fire emoticons, clapping emoticons and hearts.

Earlier while talking about the film, director Amar Kaushik had revealed, "Bhediya is a tale filled with awe-inspiring imagery. Each and every member of the cast and crew knew that we were crafting something very special. It’s not just the path-breaking VFX; the film is a feast for the eyes in every aspect possible." For the VFX of the film, the makers have got aboard Hollywood's special effects studio, Mr. X. It is known for Oscar-nominated films Love and Monsters, as well as the Emmy-winning show Vikings.

Dinesh Vijan who is weaving his own horror comedy verse after Stree and Roohi opened up on working with Mr X. He said, "Mr. X has been a pioneer in the industry, having created some of the most spellbinding visual masterpieces of recent movie history. Ever since we conceptualised Bhediya, we knew our film needed the expertise of Mr. X to weave that epic scale."

Meanwhile, on his work front, Varun Dhawan will be next seen in Jugg Jugg Jeeyo that stars Kiara Advani, Anil Kapoor, Neetu Singh and Prajakta Kohli in key roles. He was last seen in Coolie No. 1 with Sara Ali Khan.