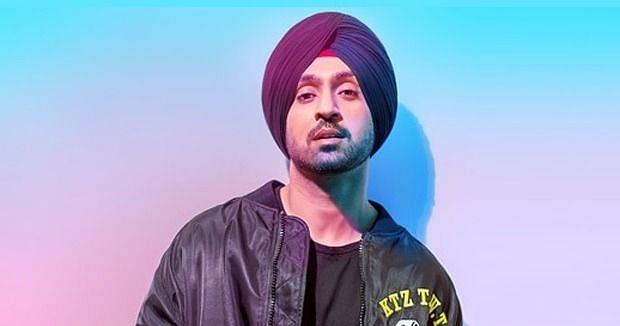 Today is Indian singer-songwriter Diljit Dosanjh's birthday. The singer turned 38 today. Diljit Dosanjh is one of the famous singers of the Punjabi Industry, who also made their recognition in the Hindi industry too. Diljit Dosanjh has a strong fan base around the world. Diljit achieved this milestone with his hard work. On his birthday, let us know some interesting facts from Diljit Dosanjh's life:
Diljit Dosanjh's real name is Daljit Singh that he changed after his debut. Diljit was born on 6 January 1984, in a Sikh family. His father was an employee in Punjab Roadways and his mother is a homemaker. Diljit has two siblings, an elder sister and a younger brother.

Diljit began his singing career by performing Kirtan at local Gurdwaras. Diljit released his first album Ishq Da Uda Ada in 2004, after which he changed his name from Daljit to Diljit.

Diljit gained popularity from his third album; Smile which was Sukhpal Sukh, the album was released in 2005.

He made his debut in the Punjabi Movie industry from the film The Lion of Punjab, as the main lead. The film was released in 2011. The movie flopped at the box office but a soundtrack from the movie 'Lak 28 Kudi Da' was a big hit. This song is still popular and played at every DJ party.

His recently released movie Honsla Rakh co-starred with Shehnaaz Gill also get a good response from the audience.

Also read: Desi fans spot Lord Ganesha’s painting at Money Heist's Stockholm's video, goes viral
Diljit is the first Turbaned Sikh to get a wax statue at Madame Tussauds.
Diljit Dosanjh keeps his personal life very private and did not talk about it much on screen. He also has two clothing brands named 'Urban Pendu' and 'Weared 6' that promote Punjabi Wear.