Recently, a video of Spanish star Esther Acebo has been doing rounds on the internet after fans spotted a painting of Lord Ganesha. Scroll down to know more… 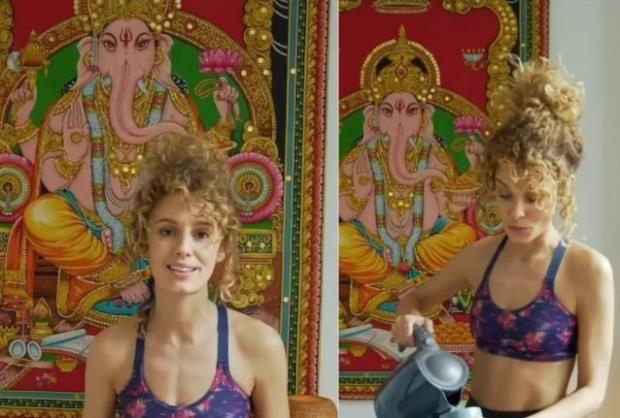 The video of Esther Acebo, who plays Stockholm in Money Heist, has gone viral on the internet. In a video, Lord Ganesha’s photo is hanging on the wall behind her, which caught the attention of her fans and followers. The viral video has got mixed reactions, some people are praising the actress, while some are saying that it is useless to share an old video.
The screenshot of the video has been shared by an Instagram page named, The Unstoppable Wings, with a caption, “Spanish actress @EstherAcebo to international fame for her role as Mónica Gaztambide aka #Stockholm in the hit @netflix series  #MoneyHeist. Who is proudly displaying Vedic pictures of lord #Ganesha at her home in one of her videos”.
Also Read: Allu Arjun thanks Mahesh Babu for heaping praise on 'Pushpa'

Have a look at the reactions of netizens here:-
Also Read: 'Bigg Boss 15': Tejasswi, Devoleena in a blame game; Shamita calls Abhijit 'insolent'
There are reports that a Hindi remake of Money Heist will be made, under the name “Three Monkeys”. Bollywood actor Arjun Rampal will play the role of the professor, which was originally portrayed by Alvaro Morte. The movie will be directed by Abbas-Mustan, the duo will mark the return, after five years.