Heart-warming! When Hindus offer prayer at Mosque and Muslims look after Temple in U.P.

In the midst of so many tussles over religion, today we have brought 5 powerful stories from UP for you which depicts peace and love. 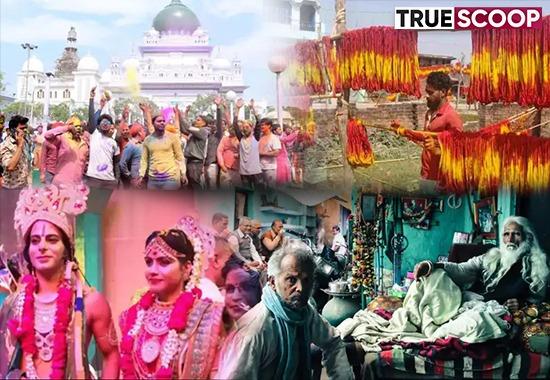 Spread love not hatred. No religion tells us to stay divided. The violence which took place at Jahangirpuri area in Delhi is extremely depressing. Now the scary videos of the day of the incident are going viral. But, instead of talking about that incident, we should talk about the positive things that are going around us.
In the midst of so many tussles over religion, today we have brought 5 powerful stories from UP for you.
1. Actor named 'Danish Khan' is known for his role of Lord Ram in Bareilly 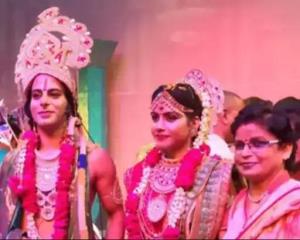 Doordarshan used to have a serial in the 90s, whose name was 'Ramayana'. In this, actor Arun Govil, who played the role of Ram, was considered by people to be Lord Ram in real life. Exactly a similar identity has become of Danish Khan of Bareilly.
"It is a matter of pride for me to play the character of Ramji. To play this, I get into a sattvik life two months before the Ramlila takes place. Meat-fish to door ki The thing is, he does not even touch any outside food. Here for the last 5 years, people of Muslim family have been staging Ramlila. The one who is Allah for us is Ram," said Danish.
2. Muslims line up for darshan at Khajni Shiv temple

Muslims offer prayer at Jharkhandi Shiv temple in Khajni village of Gorakhpur. The Muslims living here say that 'La ilaha illallah Mohammadmadurr Rasulullah' is written in Urdu language on the Shivlang in the temple. These words are considered sacred in Islam.
When Mohammad Ghaznavi invaded India, he looted the temples here. His army could not uproot this Shivling. After this, in anger, he got this kalma carved on the Shivling here. His thinking behind this was that by doing this the Hindus would stop worshiping here but it did not happen. Since then, along with Hindus, Muslims also started coming here to have darshan.
3. More than 1000 Muslim families engaged in the work of making Chunari and Kalawa near Prayagraj 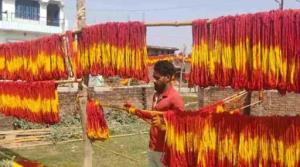 More than 1000 Muslim families living here are engaged in the work of making Chunari and Kalawa for the last 70 years in the towns of Ahladpur and Ibrahimpur. Chunari made here are sold in the temples of Vindhyavasini Devi in ​​Mirzapur and Maa Sharda in Maihar. Tanveer, a cloth merchant from Ibrahimpur, said, “The work starts here from 4 in the morning for making chunari and kalwa which is mounted on the goddess during Navratri."
4. Hindus distribute sweets on Eid in the dargah of Sufi saint Haji Waris Ali Shah 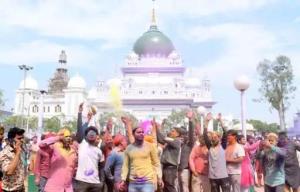 The dargah of Sufi saint Haji Waris Ali Shah is considered as a symbol of Hindu-Muslim unity, in Barabanki, UP.  It is known as Deva Sharif. It is said that Hindus distribute sweets at this dargah on Eid. Here on Holi, breaking all the boundaries of religion, Hindus and Muslims embrace and play Holi. The Holi played here looks no less than the Holi of Barsane. Every year thousands of Hindus, Muslims, Sikhs from all over the country come here to play Holi.
Also read:Internationally Acclaimed Danish-Punjabi Singer, Anita Lerche, releases her first Sikh Devotional Hymn“Simran”
5. Hindu Mutawalli has been managing Anar Wali Masjid for 60 years 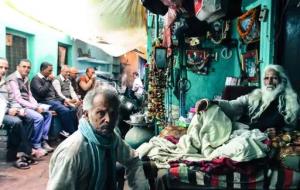 Bechan Baba's 3 generations are looking after the Anar Wali Masjid for 60 years. The people who live here said, "Bechan Baba has been looking after the Anar Wali Masjid since 60 years. There is also a Gopal Mandir next to the mosque. Anyone who comes to this temple for darshan definitely goes to the mosque while returning."
These 5 stories inspire us to live peacefully and do not spread hatred in the name of religion. All are equal in the eyes of God and we should accept this gracefully.