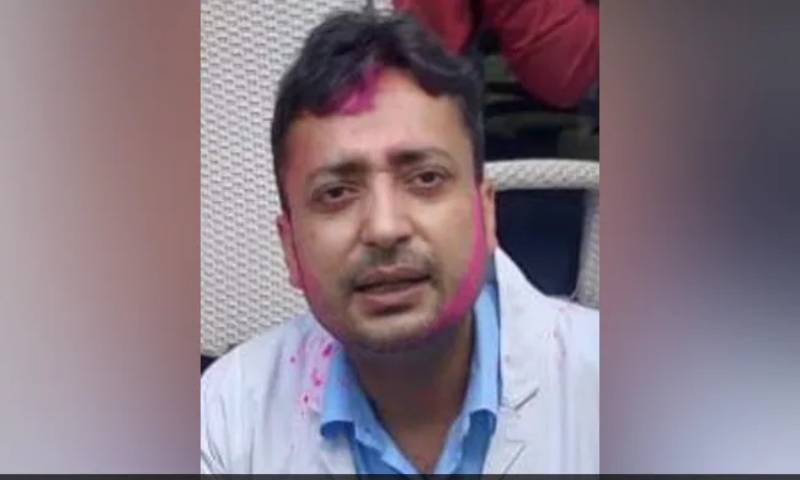 A resident doctor at the Max Hospital in Delhi has died by suicide for being helpless to save lives amid the Covid crisis. Notably, the doctor has been identified as Dr. Vivek Rai, from the past few days he was into severe stress amid the second wave of the pandemic that hit the nation hard causing unbearable stretch to its healthcare system.

The news about the doctor’s suicide was shared by the former chief of the Indian Medical Association Dr. Ravi Wankhedkar on Twitter. He wrote, “He was a very brilliant doctor from Gorakhpur (in Uttar Pradesh) and helped to save hundreds of lives during the pandemic."

Dr. Rai further noted that he had been looking after Covid patients in the ICU ward of a private hospital for one month. He dealt with seven to eight critical patients every day which however pushed him into a frustrating situation as more people succumbed to the infection.

"Due to this frustrating situation he was into, he took such a difficult decision of ending his own life than living with the suffering and emotions of the people who died on his watch,” Dr. Wankhedkar said.

Amid surge in covid cases, Delhi CM extends lockdown by a week

It may be noted here that Dr. Rai, just got married in November 2020 and he is survived by his wife, who is two-month pregnant.

"This brings into focus the tremendous emotional strain while managing Covid crisis. This death of a young doctor is nothing short of murder by the 'system' which has created frustrations with the shortage of basic healthcare facilities. Bad science, bad politics, and bad governance," the former IMA chief tweeted.

According to the preliminary probe into the matter, Police at south Delhi’s Malviya Nagar said the doctor had left a suicide note. The body was taken to AIIMS for post-mortem and further investigation is on.