Hrithik Roshan on ‘ZNMD’ completing a decade, says he found himself in the process

The one evergreen road trip film that still resides in all our hearts completed 10 years of its release today. Star cast including Hrithik Roshan and Katrina Kaif left cute comments when Zoya Akhtar posted on her Instagram. 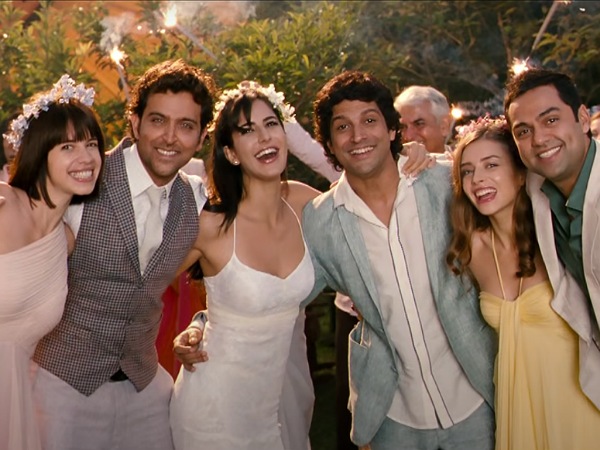 Zoya Akhtar’s masterpiece Zindagi Na Milegi Dobara (ZNMD) has completed 10 years of its release. The film was released worldwide on July 15, 2011. The film's star cast included Farhan Akhtar, Hrithik Roshan and Abhay Deol where the trio goes on a trip to Spain.

No matter how the movie is referred to, it surely is a feeling and not just a motion picture.

Just like other popular TV shows like F.R.I.E.N.D.S that live through a decade, ZNMD has left the same impact on its viewers. During an interview, Hrithik revealed that while he was signing up for ZNMD his friends advised him saying he was making a ‘big’ mistake.

He further added that the film helped him come out of a “cocoon” and find himself in the process.
Zoya Akhtar is well known for her creativity in her work and the western influence that she has brought to Bollywood.

The plot revolves around three friends, Imran ( Farhan Akhtar), Kabir ( Abhay Deol) and Arjun (Hrithik Roshan) who with their perfect comic timing and ups and downs, keep us hooked to the screen. The three musketeers have great on-screen chemistry and will continue to make you fall for their characters every time you re-watch.

Every travel movie is a work of art of the director and the characters who shape the whole movie. In ZNMD the whole film gives us the essence of the Hollywood movie Sex and the City with men as their protagonists.
Zoya Akhtar has been working on the second season of her Amazon Prime series Made in Heaven.

Whether Zoya will be surprising us with a sequel or not still remains a mystery!