The opposition caused a ruckus in the House over the OBC issue, claiming that Speaker-in-Chief Bhaskar Jadhav did not give them enough time to speak. 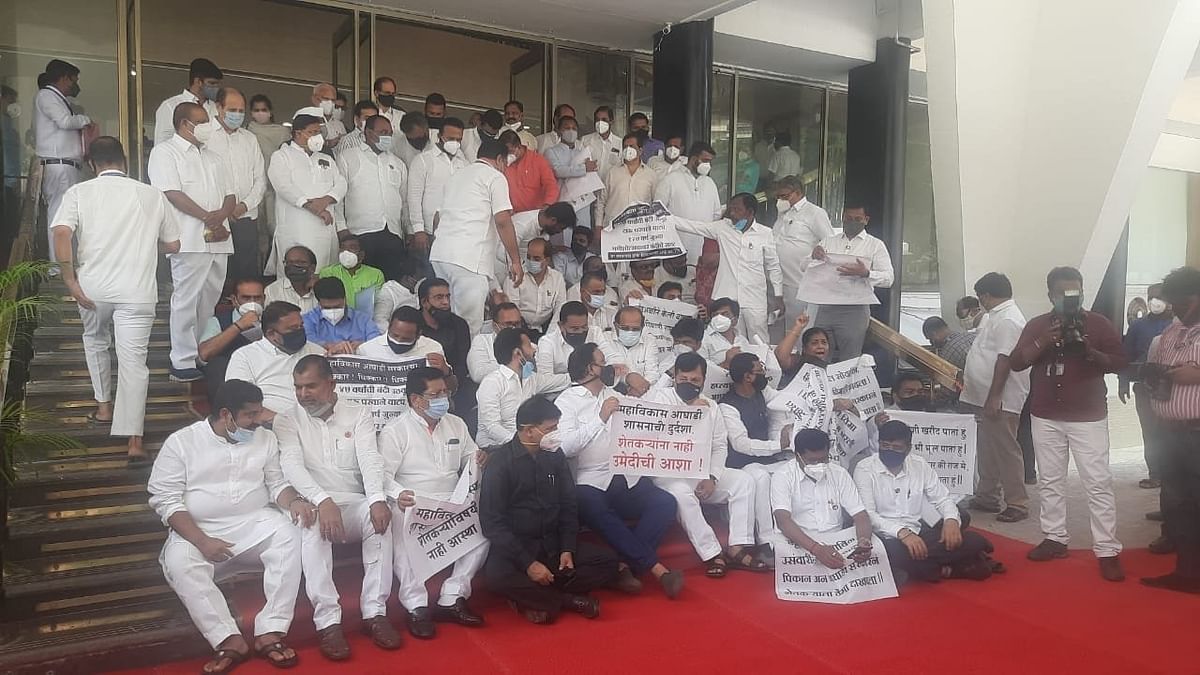 As many as 12 BJP MLAs have been suspended from the Maharashtra Legislative Assembly for a year on Monday over unruly behavior. The MLAs were misbehaving with the presiding officer Bhaskar Jadhav on Monday.

Reportedly, MLAs of the opposition Bhartiya Janata Party abused and manhandled the Speaker-in-chair at the state assembly, both inside and outside the house.

The assembly speaker Mr. Jadhav said, “The Opposition leaders came to my cabin and abused me using unparliamentary language in front of Devendra Fadnavis and senior leader Chandrakant Patil. Some leaders even manhandled me."

Leader of Opposition Devandra Fandavis, alleged to be present in the assembly, has denied abusing and manhandling and insisted all the allegations be false.

"These are false allegations. A story is being created... no one from the BJP abused," said Mr. Fandavis. Referring to one of the key issues that his party is set to highlight during this session, he added "For OBC (Other Backward Castes) reservations, we are ready to sacrifice more than 12 MLAs.

The opposition caused a ruckus in the House over the OBC issue, claiming that Speaker-in-Chief Bhaskar Jadhav did not give them enough time to speak.

Following the incident, state Parliamentary Affairs Minister Anil Parab moved the motion to suspend these ministers. The decision was passed on the majority vote.

The opposition alleges that Speaker-in-Chair abused the leaders who came to meet him as well. Mr. Jadhav then requested that the state's Parliamentary Affairs minister look into the matter.

"This Thackeray government is acting like Taliban. I condemn the action. Neither I nor any other MLAs abused Bhaskar Jadhav," BJP MLA Ashish Shelar, one of the suspendees said. He also added that none of the Bjp members abused in the cabin and he also apologized, however, they were suspended.