Mohanlal and Jeethu Joseph are teaming up once more for a new film titled 12th Man. The movie is touted as a mystery thriller. 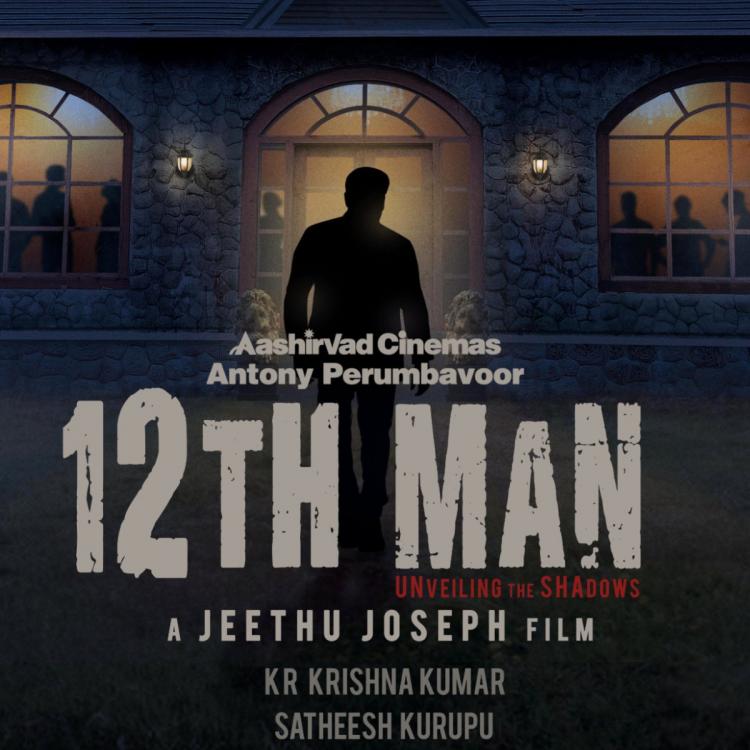 In 2013, Mohanlal and director Jeethu Joseph teamed for the hit film Drishyam. They teamed up once more on Drishyam 2, which will be released in 2021. Ram, Mohanlal, and Jeethu's third film together, is currently in production. In the midst of high expectations, the blockbuster director-actor duo has rejoined for 12th Man, a mystery thriller. 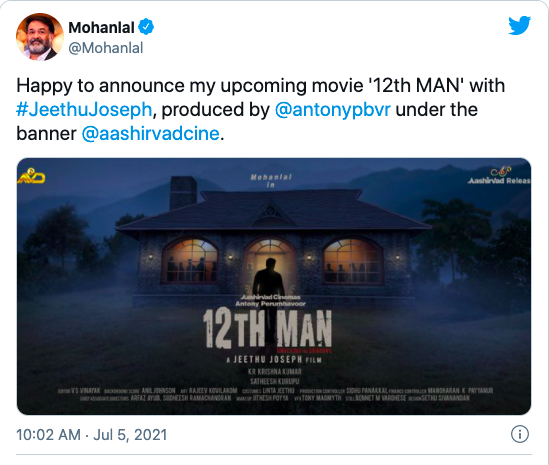 The shooting of the film will go on floors after the completion of Ram. The film 12th Man is produced by Antony Perumbavoor under by Aashirvad Cinemas. Meanwhile, for the upcoming film Bro Daddy, Mohanlal has teamed up with Prithviraj Sukumaran.

Sharing the news, The actor-director wrote, "My 2nd directorial. The Lalettan will star in “BRO DADDY” @brodaddymovie, with an ensemble cast including yours truly playing equally important full-length roles in the film. This is a fun family drama written by Sreejith and Bibin and produced by Antony Perumbavoor under the banner of Aashirvad Cinemas. A script that we hope will be turned into a film that will make you laugh, smile, and want to see again. It's about time we all saw a happy movie. Rolling soon. Actually… very soon."

Mohanlal, on the other hand, has stated that his much-anticipated film Marakkar: Arabhikadalinte Simham will be released on Onam Day, August 12th.