Today, thirteen years have been passed but the scars of the attack are still in the minds and hearts of the survivors. 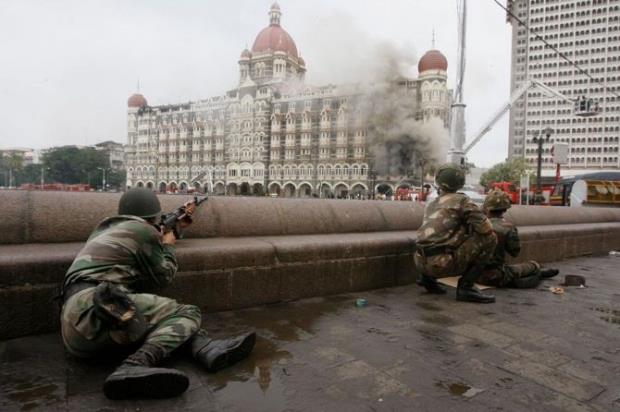 Each year we count, now it’s 13 years, and the memories of long, black darkness that lasted for three days are still fresh in our collective minds. The dreadful attacks, that started on November 26, 2008, have killed around 166 people and 300 were injured.

Mumbai had been attacked earlier, but not like this! These were the well-planned series of attacks by 10 terrorists of Laskar-e-Taiba, who came by the sea route from Pakistan.

The terrorists targeted the most crowded sites of Mumbai. The first attack took place at the Chhatrapati Shivaji Maharaj Terminus Railway Station, the attack was carried out by Ajmal Amir Kasab and Ismail Khan, killing as many as 58 people and over 100 were injured. The second site of the attack was the Nariman House business and residential complex.  The next decided site was Leopold Café, followed by Taj Mahal Hotel and Tower, where they killed around 31 people after laying a three-day siege at the hotel. The other attack was carried out at the Oberoi-Trident hotel, where two other terrorists entered at the same time as the other four entered Taj Hotel.

Shyam Sundar Chaudhary, who lived in Mumbai’s slum area, is still healing from the 26/11 terrorist attack. Shyam was driving a taxi on the day of the attack. He and his family’s life turned after just bullets hit him on the head and shoulder. Fortunately, he survived but is paralysed since that day.

Shyam Sundar’s wife Bebi Chaudhary, told media agency ANI, “Thirteen years have been passed. My husband was going for duty. Just he crossed the highway, a car rushed breaking the signal. They fired at my husband, the bullets hit his head and shoulder. Following the incident, my husband started losing his memory and he got completely bedridden. He cannot move, speak and even eat. He only can see and hear. For the last 13 years, he is in bed.”

She then said that the government only gave Rs 1.5 lakh as compensation money. As her husband was the breadwinner of the family, she later started working as a security guard to run the family.

She added, “I had to run from pillar to post for a job but nobody provided anything. Then I started doing jobs at private companies as a security guard. Thanks to Tata Trust who took the responsibility of the study of my children.”

As she left her job in 2020 because her mother-in-law passed away, difficulties in the family increased. Her children stay with her mother and are studying because of the Tata Trust. Her son studies Hotel Management and her daughter is in XII standard.

Here’s another self-narrated story of a 26/11 survivor.

Jillo Yadav, a Railway Protection Force (RPF) personnel, was at his duty at the Chhatrapati Shivaji Maharaj Terminal that night. Yadav was fired by the terrorists and he managed to survive but the incident still gives him goosebumps.

Jillo was quoted saying by the news agency, “It was my night duty. Around 9.30 pm, firing took place in the mainline section in the CST. People started running and someone told me that two terrorists are firing at people. By that time, the terrorists reached the local line section. I saw they are reloading their guns. I took the service rifle of police personnel there and fired at them. However, the bullet did not hit them. Then they started firing at me and I took cover behind the wall. The service rifle that I had struck.”

“They ran after me and continued firing. Somehow I managed to take cover between pillars and walls. I found a chair and threw it on one of the terrorists. They then moved towards outside the station. I was lucky that I survived. Even today when I recall that incident, I am filled with shock,” he further said.

Nine out of ten terrorists were killed and a lone survivor, Ajmal Amir Kasab was caught and sentenced to death in 2012 in Yerwada Central Jail, Pune.