3 youngsters booked for harassing, threatening a 15-yr-old to marry in Hyderabad

According to police, Jeevan had been harassing the girl for over a year in the pretext of love. As a result of the girl alerting her mother, she warned Jeevan, and the family relocated to another house. 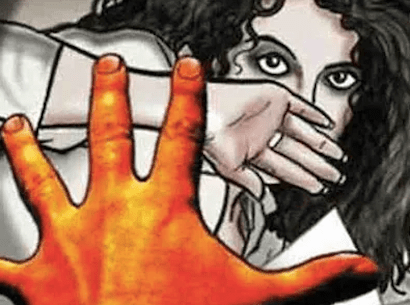 Hyderabad: Three youngsters have been arrested in Banjara Hills for harassing and threatening a minor girl. Jeevan Kumar (21) from Ibrahim Nagar was stalking and harassing the 15-year-old girl, a Class 10 student from Banjara Hills Road No.10.

According to police, Jeevan had been harassing the girl for over a year in the pretext of love. As a result of the girl alerting her mother, she warned Jeevan, and the family relocated to another house.
“Since then, the minor has been searching for her new address with his friends Soheb and Anil Kumar, and last week, barged into the house and threatened to murder her if she did not marry him,” police said, adding that a case has been filed and is being probed based on the girl's allegation.
Also Read: Apple to scan iPhones for child sex abuse pics, experts see privacy concerns
Few days back, Sextortion case has been reported in Maharashtra, in which a man from Pune blackmailed a young Mumbai girl and demanded money. According to reports, the 23-year-old man was arrested after threatening to make the teen's obscene video viral if his demands were not met.
The teen befriended an unknown male on Instagram and the two began chatting. Soon, the accused urged her to undress during a video conversation.The girl denied leading to the man threatening her cut his wrists and end his life in front of her.
Also Read: 17 yr Old Mumbai Girl Forced To Strip Over Video Call by Sextortionist, Threatened To Make VIDEO Viral
The girl somehow agreed and undressed. The man then threatened her make the teen's obscene video viral if his demands were not met.

Fearing the repercussions, the 17-year-old girl stole money and jewels from her family and sold them to meet his financial demands. The crime was discovered after the victim's mother discovered that valuables had vanished from the residence.The lady then questioned her daughter about the situation, and the adolescent confessed the truth.The victim of the fraud is a class XII student from Mumbai's Malad locality.
A case has been filed under the strict Protection of Children from Sexual Offenses (POCSO) Act by the police.