A fatal stampede erupted on Tuesday at a funeral procession of a top Iranian general killed in an airstrike by US last week, 35 people lost their lives and nearly 48 people are injured, says state television report. 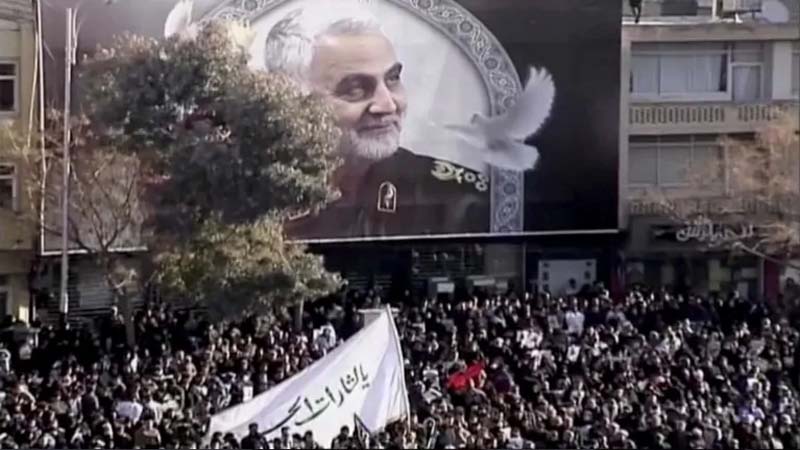 Stampede took place in Kerman, hometown of Revolutionary Guard General Qassem Soleimani, as the procession carried out. Videos posted online showed people were lying lifeless on road, others yelling and trying to give them help.

Online report of Iranian state TV gave the count of casualties without saying from where it obtained the information.

Pirhossein Koulivand, the head of Iran's emergency medical services, spoke over telephone to sate TV confirming the stampede took place. He further added, "Unfortunately, some of our compatriots have been injured and some have been killed in the stampede occurred during the funeral processions."

The procession on Monday in Tehran accumulated 1 million people in the Iranian capital, jamming both main thoroughfares and side streets. Soleimani's death has filled up people with aggression and they will surely retaliate to seek revenge from America for slaying their general which has drastically raised tension across the Middle East.

Also Read: US kills Iran's most powerful general Qassem Soleimani in an airstrike

Early Tuesday, the leader of Iran's Revolutionary Guard threatened to set places on fire which are been supported by the United States over the killing of a top Iranian general in an airstrike carried out by US last week, sparking cries from the crowd of supporters of "Death to Israel!"

Hossein Salami took a pledge before crowd of thousands gathered in a central square in Kerman before a casket carrying remains of Soleimani.

People were filled with immense grief and sorrow in honor of a man who was viewed as a national hero for his work leading the Guard's expeditionary Qud's Force. US blamed him for killing American diplomats in Iraq and allegedly accused him for conspiring new attacks just before his death on Friday in an airstrike near Bagdhad's International Airport.

Qassem Soleimani also fed forces in Syria backing President Bashar Assad in a long war, and he had also sserved as the poignant man for Iranian proxies in the countries of Iraq, Lebanon and Yemen.