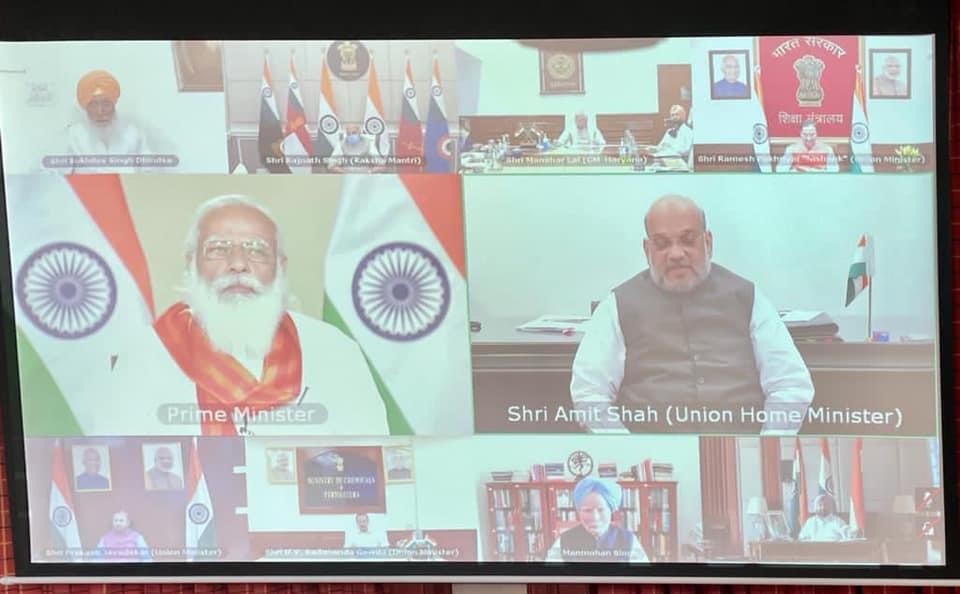 The Prime Minister Narendra Modi while chairing the meeting of the High-Level Committee to commemorate 400th Birth Anniversary (Prakash Purab) of Guru Tegh Bahadur today via video conferencing, hailed the social service by Sikh community and Gurudwaras all over the world.

PM Modi stressed the need to do "proper research and documentation" on this aspect of the Sikh tradition.

Expressing his views about the Guru Tegh Bahadur, the ninth of the ten Gurus who founded the Sikh religion and was the head of the followers of Sikhism from 1665 until his beheading in 1675, said that it is important to make the younger generation understand the teaching and lessons from the life of Guru Tegh Bahadur.

Elaborating on the discussions in the meeting, the Prime Minister said that to connect more and more people to commemorate the 400th Prakash Purab of Guru Tegh Bahadur, various activities to mark the occasion will be organized throughout the year.

Modi said that the organisation of activities should be such that not only the life and teachings of Guru Tegh Bahadur, but of the entire Guru Tradition is propagated around the globe.

He further said hailed the social service by Sikh community and Gurudwaras all over the world, and said that "proper research and documentation on this aspect of the Sikh tradition should be done".

He said that the Sikh Guru tradition is a complete life philosophy in itself and the messages of the ninth guru must reach every individual of the country.

The Home Minister said that collective efforts should be made to ensure that the message of Guru Tegh Bahadur reaches out to all.