From being a famous face on television to film and online series to being one of the most successful dubbing artists, Sharad Kelkar has left his mark across mediums, genres, and languages. 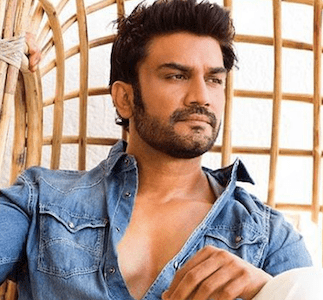 Sharad Kelkar, the jack of all trades, has proven that while a movie or a programme may fail to make an impact, a good performance will live on in people's thoughts for the rest of their lives. He possesses a wide range of abilities. From being a famous face on television to film and online series to being one of the most successful dubbing artists, he has made his mark across mediums, genres, and languages. On Doordarshan, he made his television debut with the programme Aakrosh (2004).
Also Read: Aryan Khan in Court Today; NCB to Seek Extension of SRK’s Son Custody
His various performances have been hailed by many of his followers. There are, however, a few parts in which he proved his worth and left an unforgettable mark. Let's remember all his versatile performances as he turns 45.
Also Read: Hrithik Roshan pens an open letter supporting Aryan Khan-‘God gives toughest ones the toughest balls to play’
LAXMII
Sharad Kelkar portrays Laxmii, the real-life trans lady whose soul stalks Akshay Kumar in the OTT horror comedy. Despite the fact that Sharad only had a fifteen-minute part in the film, his performance wowed viewers, earning him the title of "soul" of the film.
THE FAMILY MAN
In this web series,
Sharad portrayed Arvind. His performance of was appreciated a lot. He is without a doubt a gem in the entertainment world.
GOLIYON KI RAASLEELA…RAM-LEELA
One of the films that has done well at the box office is Ram Leela. Sharad portrayed Kanji, a minor role in the film. He was so convincing in his performance that you could assume there was no one else more suited for the part than him. As he mentioned, Ram-Leela was a game-changer of his life.

In this TV daily serial, Sharad took over for Mohnish Behl in the character of Dr. Ashutosh. He immersed himself in the character to the point where the audience was unaware of Behl's absence. His rapport with Kritika Kamra was enthralling. Despite their on-screen age gap, the couple's bond left us smiling.

BHOOMI
Sharad played the role of a cruel antagonist in this father-daughter retribution tale. He was seen on stage alongside Sanjay Dutt, and he was lauded for his amazing performance as the role. Sanjay Dutt's daughter was raped by her cousin in the film, and he decided to punish the perpetrators by taking the law into his own hands.