5 English Web series in July 2022: From the review of 'Resident Evil' to the new Adult Swim misadventures, the platforms are expanding their catalogue this summer. 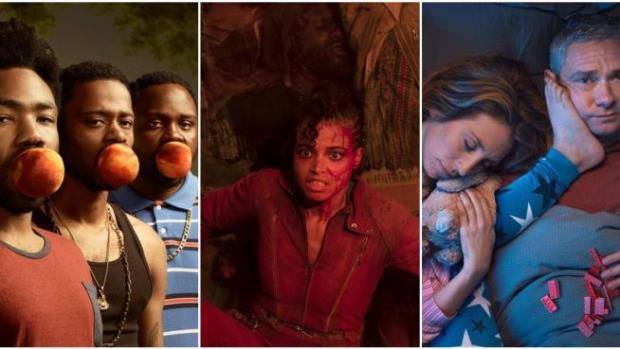 5 English Web series in July 2022: From the review of 'Resident Evil' to the new Adult Swim misadventures, the platforms are expanding their catalogue this summer. 5 successful series that you should watch this summer before the premiere of the next season.
Summer has arrived along with the premiere of some of the most anticipated series of the year, which will make us enjoy the air conditioning (or the fan) from the sofa at home like never before. The video on demand platforms brings us the return this weekend of some of the most beloved fictions by viewers - such as Atlanta or Breeders, while also daring to review franchises such as Resident Evil.
Resident Evil (Netflix)
Starring Ella Balinska, Tamara Smart and Siena Agudong, the new Netflix series is set nearly three decades after the T-Virus unleashed a global apocalypse. The young Jade Wesker will go in search of those responsible for the tragedy that originated in New Raccoon City, while she tries to survive in a world full of infected and bloodthirsty creatures. The hidden secrets of the Umbrella Corporation will thus come to light.
The Anarchists (HBO Max)
A docuseries that recounts through 6 episodes the life of an anarchist group that emigrates to Acapulco (Mexico) to flee from the powerful and the capitalist system. A movement that grew rapidly under the orders of Canadian businessman and activist Jeff Berwick, but in which drugs and murders ended up twisting everything.
Also Read: Resident Evil Season 1 Review Netflix: Legacy of Horror and Zombies continue on movie; How to stream
The Longest Night (Netflix)
Netflix bets once again on Spanish talent with the miniseries The Longest Night, starring some immense Alberto Ammann, Luis Callejo, Bárbara Goenaga and Roberto Álam o, among other big names. The Monte Baruca Psychiatric Prison will experience a real stir on Christmas Eve after a group of armed men surround the complex to free a dangerous serial killer. A situation that will be complicated by the resistance of the prison director.
Atlanta (Disney+)
Four years have passed since the second season premiered on FX, the series created and starring Donald Glover now leads the characters of Earn (Glover) Alfred (Brian Tyree Henry), Van (Zazie Beetz) and Darius (LaKeith Stanfield) on tour in Europe. A season in which the price of fame will be more present than ever. The fiction will end next year with its fourth season. The third season is now available on Disney+.
Breeders Season 3 (HBO Max)
The series created by Chris Addison, Simon Blackwell and Martin Freeman reaches its third season, which brings us back to the hard life of two parents (Martin Freeman and Daisy Haggard ) who face the hard life of raising unruly little boys. In this return, the protagonists will face new conflicts from day to day. A series that was nominated at the BAFTA 2021.
The Final List (Amazon Prime Video)
The new series starring Chris Pratt was coming to Prime Video these days. In it, the American actor plays a Navy SEAL member of the US Army, who is ambushed during a high-risk undercover mission. His return to his home will come full of self-reproach and confusing memories of what happened. The David DiGilio ( Traveller ) miniseries also stars Taylor Kitsch, Constance Wu, Jai Courtney and Riley Keough in the cast.