50% NextGen Indians shy away from talking sex in relationship: Survey 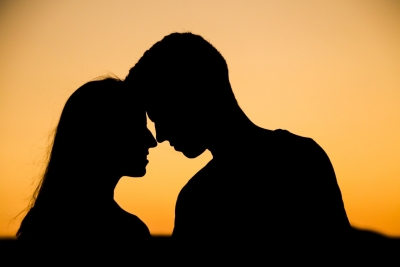 While generation Z and millennials clearly understand 'consent' as a prerequisite for engaging in sexual activity, both fear being judged for their thoughts when talking about sex in a serious relationship, according to a survey released on Monday.

It indicates that 59 per cent of the otherwise progressive Gen Z -- aged between 18 and 24 years -- feel shy initiating conversations around sex in a serious relationship.

The survey conducted by dating platform TrulyMadly assessed the understanding of physical and sexual well-being among young adults -- 2,500 in the age group of 18 to 35 years across metros and non-metro cities.

The fear of being judged also emerged as a common factor among millennials, with 53 per cent indicating that they feel shy or awkward talking about sex in a serious relationship.

The taboo is more pronounced among women with 63 per cent indicating that they feel shy. Interestingly, despite the taboos they face, 76 per cent of women appeared to be more confident in purchasing condoms on behalf of their partners.

Further, nearly 50 per cent of the younger respondents from non-metro cities such as Bhopal, Indore, Jaipur, and Lucknow, noted they do not understand the implications of Sexually Transmitted Infections (STIs), Sexually Transmitted Disease (STDs) and Reproductive Tract Infections (RTIs), while around 55 per cent of the respondents stated that they would depend on their friends, use the internet for home remedies or seek a medical opinion by themselves regarding any sexual or reproductive disease or infection.

"Inspite of being progressive on most social issues, the younger generation continues to feel stigmatised when it comes to talking about sex in a relationship," said Snehil Khanor, Co-founder and CEO at TrulyMadly, in a statement.

The findings highlight the importance of a non-discriminatory and respectful platform for access to the right knowledge on sexual, reproductive health and well-being for the younger generation. The company has launched a 'Safe Love' programme, which since last year is breaking barriers and making it easier for people to open up and be comfortable about their sexual health and well-being.

"In the long term, we hope this innovation will lead to a tangible increase in demand for quality reproductive and sexual health services and also free up the younger generation of societal overhangs which may come in the way of having meaningful relationships," Khanor said.