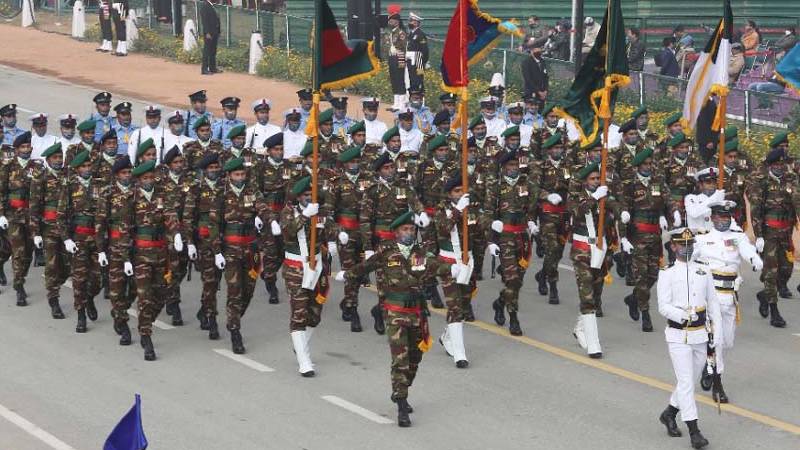 The country is celebrating the 72nd Republic Day. Republic Day parade took place on Rajpath. It was attended by President Ramnath Kovind and Prime Minister Narendra Modi. Two things are special. First- the Bangladesh contingent participated in the Republic Day celebrations for the first time. Secondly - the Rafale fighter jet of the Indian Air Force also became part of this parade for the first time. However, due to Corona, the appearance of the parade changed this time.

In the Republic Day Parade, the Air Force created the 'Trinetra Formation'. It is also called Trishul (Trident) Formation. It also included a Rafael jet fighter. The first batch of Rafale was received by the Indian Air Force only last year.

One of the main attractions on the 72nd Republic Day parade was the Bangladesh Army contingent. It was headed by Lieutenant Colonel Ab Mohammad Shamoor Shaban. For the first time, a Bangladesh army has participated in our Republic Day celebrations. This troop consists of 122 jawans in total.

Ladakh's first tableau joined the Republic Day Parade after attaining Union Territory (UT) status. The culture and heritage of the state were shown in it.