The Ministry of Home Affairs has also ordered the police to ask the farmer leaders to submit their passports. 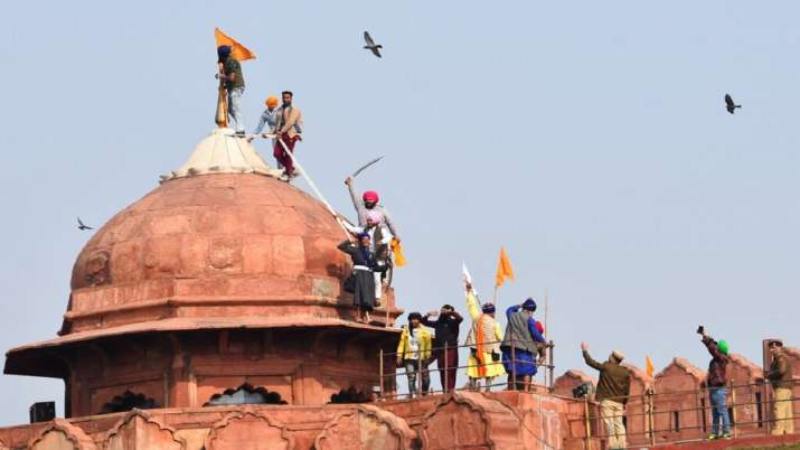 The Delhi Police has issued lookout notices for farmers leaders against whom FIRs have been registered relating to Red Fort violence and have been asked to surrender their passports to prevent them from fleeing the country.

The decision was taken in the review meeting chaired by Home Minister Amit Shah.

25 FIRs have been registered against over 30 of the 40 farm union leaders who were involved in talks with the government.

37 farmer leaders including six spokespersons of the Samyukta Kisan Morcha (SKM) have been named in an FIR registered at the Samaypur Badli police station, in Outer Delhi.

The farmers’ leaders against whom notices have been issued are accused of giving inflammatory speeches which resulted in the violence in Delhi.

Besides, this Delhi police has issued notices to more than 20 farmer leaders in connection with the Red Fort violence and have been asked to reply within three days on why criminal action should not be taken against them for breaking rules and not abiding by the agreement that was mutually taken by both sides.

About 400 police officers were injured during the farmers’ tractor parade and most of them are in critical condition. Thousands of farmers broke through barricades, attacked police personnel with lathis and swords and tried overrunning tractors on the police deployed at the ITO.

Farmers seizing the Red Fort and hosting religious flags was a national insult.

Delhi Police Commissioner S N Srivastava during a press conference on Wednesday said farmer unions did not follow terms and conditions set for the Republic Day tractor rally that was supposed to be held from 12 PM to 5 PM with 5,000 tractors and accused them of betrayal and being irresponsible.