‘I fulfilled my constitutional & moral responsibilities’, Kiran Bedi in her farewell letter

In her farewell letter, Kiran also thanked the Centre for "a lifetime experience in serving Puducherry". 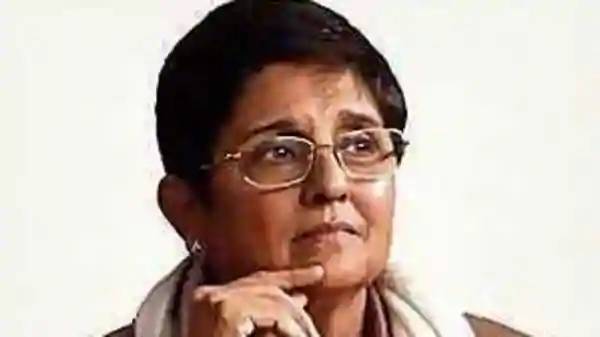 Kiran Bedi has been removed as the lieutenant-governor of Puducherry on Tuesday by the Centre and hours later the retired IPS officer and Social activist on Wednesday morning has expressed pleasure and satisfaction with the work she has done in the Union Territory.

In May 2016, Bedi was designated as lieutenant-governor of Puducherry, on Tuesday evening was expelled from her post.

The development has come from the president amid the political impasse in Puducherry as a result of the ruling Congress-led government was decreased to a minority after one more MLA quit the party on Tuesday. Relations between V. Narayanasamy - chief minister of Puducherry and Bedi have been in dispute ever since she has joined office. The Union territory congress government has also alleged that Bedi and the Narendra Modi government have tried to damage the Narayanasamy government's work.

Bedi had on Wednesday morning posted two tweets. In one she uploaded a video briefly describing it as the "cover of a diary”. The cover had the words "kind heart, fierce mind, brave spirit". The post hinted at Bedi's image as an "independent" police officer.

She also posted a letter of appreciation on the official letterhead of the Puducherry lieutenant-governor. In the letter, she thanked the Centre for giving her a lifetime experience in serving Puducherry city.

"I can say with a deep sense of satisfaction that during this tenure 'Team Raj Nivas' diligently worked to serve the larger public interest. Whatever was done, was a sacred duty, fulfilling my constitutional and moral responsibilities." Bedi wrote.

Thank all those who were a part my journey as Lt Governor of Puducherry—
The People of Puducherry and all the Public officials. 🙏 pic.twitter.com/ckvwJ694qq

And concluding her thoughts she wrote, "Puducherry has a very bright future. It's now in the hands of the people..."

Meantime, Chief Minister  Narayanasamy alleged that Bedi was running a parallel government and was working in an "autocratic manner". While speaking to The Indian Express newspaper, Narayanasamy said that Dr Kiran Bedi’s dismissal was long pending which was demanded by people of Puducherry due to her arbitrary manner of work and breaking of rules.

“(She was) trying to run a parallel government, making field visits without the knowledge of the chief minister and ministers, issuing independent orders against the wishes of the elected government, blocking welfare schemes…,” the chief minister added. He further stated that Bedi was supported by BJP and people of Puducherry knew that. Therefore, he is sure that BJP will fail in the elections in Puducherry.

"Whatever damage had to be done, she has done—it cannot be rectified,” blaming Bedi.