Blow to humanity: A minor mercilessly thrashed for stealing Rs 2500 in Ludhiana

In Ludhiana, people beat up a child by tying him to a pole, whom they caught stealing. 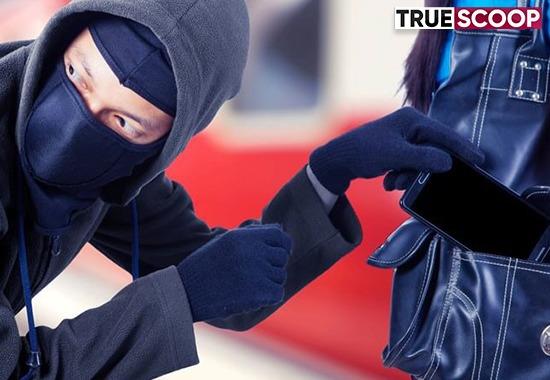 In Ludhiana, a child was thrashed mercilessly. The incident happened yesterday outside Ludhiana railway station, where a child stole money from the pocket of youth and hit a brick on his head. The child tried to abscond after hitting the youth with a brick but people caught him.
The young man was injured so seriously that he was full of blood. With the help of people, he was taken to the nearest doctor. People also caught the child, who was stealing money and tied him to a pole, and beat him.
Humanity was ashamed and the police’s tall claims of security in the city were found hollow. The assault on the child continued for about a quarter of an hour. The child kept begging for mercy from the people.
Manoj Baddi, the injured youth, told that he was lying under the bridge. The minor child came and took out Rs 2500 from his pocket. Manoj said that when he opposed, the child hit him with a brick on his head. According to Manoj, he became unconscious and people caught the minor.
Gang of Minors
The minor thief told that he was not alone. He also had many friends. He told that today he stole Manoj's money because he was hungry and had not eaten anything. He had stolen only 50 or 70 rupees, not more. According to the people, the minor was an addicted child. People showed the arm of the minor, there were also marks of many injections on the veins of the child.
Also read: Home delivery of heroin injection for just Rs 1000, 4 nabbed in Firozpur
The minor also said that he sleeps near the station and many police employees also know about him as a thief. He told that he mostly drank fluids. He and his companions bring fluid from Saharanpur.