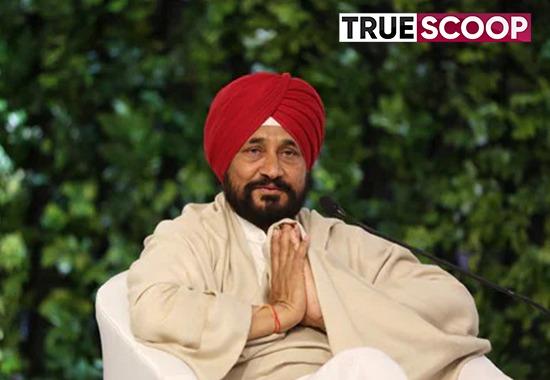 Punjab Chief Minister Charanjit Singh Channi on Wednesday inducted 58 new buses as part of total 842 modern vehicles being added into the state fleet in one go for the first time ever at a cost of Rs 400 Crores and himself drove the bus and lead the cavalcade of these new buses while flagging off it here from his official residence.
Inducting the first tranche of 30 Buses for PRTC and 28 buses for PUNBUS, the CM Channi congratulated the people of the state especially women and the students who can now enjoy their free travel in the new buses while announcing free bus pass facility for the students of both government and private colleges and universities.
Reiterating his government’s commitment to provide best facilities to the common masses, Chief Minister Channi said that 105 bus terminals are being constructed and renovated at a cost of Rs. 400 Crore. He said that besides issuing 1406 new bus permits 425 new bus routes would be added in the state.
Lauding Transport Minister Amarinder Singh Raja Warring for his efforts in last three months, CM Channi said the period witnessed the Transport department's revival as a result of stringent action against erring bus operators and tax evaders.
Crackdown on those running the state transport as a mafia has resulted in significant enhancement of department revenue, said CM Channi accompanied by Transport Minister Amarinder Singh Raja Warring, asserting that no-one would be allowed to fleece commuters and a transparent, efficient and effective transport mechanism has already been put in place by his government.
Thanking the Chief Minister for his prompt action, Transport Minister Amarinder Singh Raja Warring said in the last three months, department has seen increase in daily revenue to the tune of Rs 1.50 Crores already, a figure we would soon take to Rs. 2 Crore daily. Warring thanked his department officers, and staff for ensuring this momentous occasion in service of people.
Of 28 PUNBUS buses dispatched today, Muktsar Sahib depot will get 13, with Rupnagar depot getting 12 and Pathankot 3 new ones. Similarly, out of 30 PRTC buses, Bathinda and Patiala depots will get 10 each, while both Faridkot and Barnala adding 5 each to their fleet.
The new vehicles are fitted with BS 6 system and have SCR technology which reduces pollution emission to almost negligible. The buses body fabrication is also in adherence with the GoI notified AIS 052 Bus Code of Practice norms notified by the Ministry of Road Transport, a spokesperson of the department shared. The 52-seater buses are equipped with a Panic button facility on every seat besides an online provision to track the bus movement through PUNBUS and PRTC tracker applications.
Later, Talking to the media persons, CM Channi said that AAP Convener Arvind Kejriwal was creating a hype of Omicron with an ulterior motive to postone the forthcoming assembly polls in Punjab.
Also read: Has 'Common Man' of Jalandhar already made their mind for Punjab Elections 2022? Click to Know
Prominent amongst others present on the occasion included  MLA Gurdaspur Barindermeet Singh Pahra, MLA Fazilka Davinder Singh Ghubaya, Secretary Transport K Siva Prasad, Director Transport Paramjit Singh, Chairman PRTC Satwinder Singh Charrian, MD PRTC Perneet Shergil, Deputy Director Transport Parneet Singh, CSPO N P Singh and OSD to Transport Minister Jaswinder Singh Chahal.