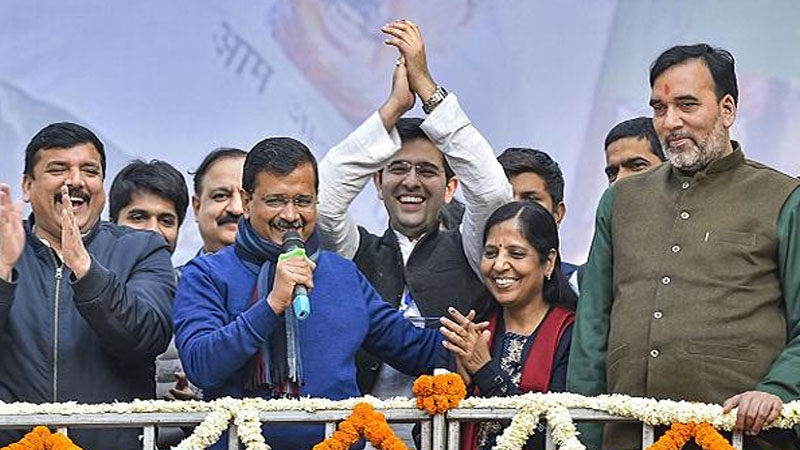 Dalit as a community form around 12 per cent of Delhi voters and have 12 seats reserved for them in Delhi Assembly.

As the Delhi Assembly election results came out, Arvind Kejriwal of the AAP,  the Delhi chief minister went on to win all 12 seats reserved for Dalits in Delhi. In 2015 Assembly Elections too, the party had won all these seats.

Ravinder Kumar, BJP leader was the only Dalit leader on the reserved seats who maintained lead over an AAP counterpart for considerable length of counting of votes. But in the end, Jai Bhagwan of the AAP got better of Ravinder Kumar at Bawana seat.

In 2015, Ved Prakash had won this seat for the AAP but he joined the BJP - from which he had crossed over to the AAP ahead of Delhi polls five years ago. AAP leader Ram Chander won the 2017 bypoll but he was replaced by Jai Bhagwan this time sensing anti-incumbency against the sitting MLA.

Know more about the 12 SC-Reserved Seats Of Delhi Assembly:

Kondli - Kuldeep Kumar of AAP over Raj Kumar of BJP.

The BJP went into Delhi Assembly election with rivals including former party MP and Dalit leader Udit Raj and the AAP accusing the party of being anti-Dalit. After the BJP dropped him as Lok Sabha candidate in Delhi, Udit Raj had said the BJP had "finished Dalits" in the past five years.

Udit Raj had joined the BJP ahead of 2014 Lok Sabha elections. He is the chairman of the All India Confederation of Scheduled Caste and Scheduled Tribe Organisations and continues to wield influence among Dalit groups.