"Whatever I promise, he announces the next day but fails to follow through,” said Kejriwal. 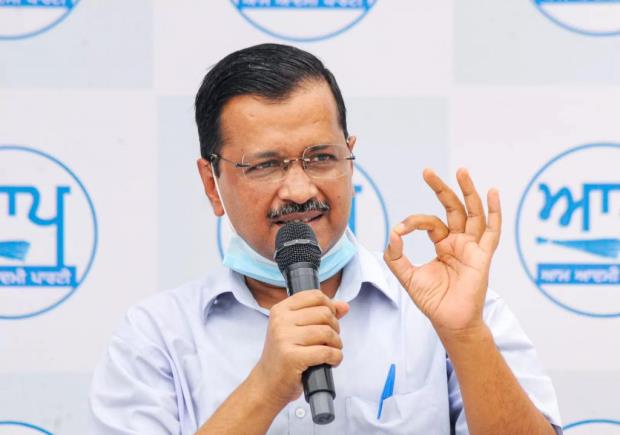 Aam Aadmi Party president Arvind Kejriwal today announced that if his party comes to power in Punjab, every woman aged 18 and up will receive Rs 1000 per month in her bank account. The Delhi Chief Minister also launched an attack on the ruling Congress, referring to Punjab Chief Minister Charanjit Singh Channi as a "fake Kejriwal."

"It will be the world's largest 'women allowance' scheme to be implemented by any government ever," Kejriwal said while announcing his plan for women in Punjab. “Every month, each woman over the age of 18 in each household will receive Rs 1,000 in her bank account," he added.

As per Kejriwal's scheme, elderly women who receive an old-age pension will continue to receive it in addition to the Rs 1,000 that will be credited to their accounts.

The AAP leader is on his two-day Punjab visit on which is a part of the party's "Mission Punjab" programme. AAP Punjab state president and Member of Parliament Bhagwant Mann accompanied Mr Kejriwal.

"This will be given to every woman in every family...no government has ever done anything like this before. I know a lot of women who couldn't go to college before, but now they will be able to... Although Rs. 1,000 is not a large sum, it will provide financial independence to thousands of women," Kejriwal added.

He promised the women that if they gave his party "one chance" in the state, their lives would change. According to him, the result of the state elections will be decided by women.

Meanwhile, taking a dig at state CM Channi, Kejriwal said that "these days, a 'nakli Kejriwal' is roaming in Punjab. "Whatever I promise, he announces the next day but fails to follow through. He should be avoided at all costs. Only Asli Kejriwal can deliver on his promises."

The scathing attack on Channi came as Kejriwal accused him of copying his pre-election promises.

"In Punjab, I announced Mohalla Clinics. Fake Kejriwal said the same thing but didn't even make a single facility. I'll be meeting with auto unions; this was scheduled ten days ago, but he went today. Darna accha hai (It's good to be afraid)," he said, sneering at CM Channi.

The Punjab Chief Minister met with auto-rickshaw drivers this morning and announced that all pending challans would be waived. He also stated that new registration certificates will be issued to them in the near future to "prevent their harassment."

If elected in the upcoming assembly elections, Kejriwal has already promised up to 300 units of free electricity for each household in Punjab, as well as 24-hour electricity and free treatment and medicines at government hospitals.

Kejriwal also criticised CM Channi over the electricity subsidies and said, "Kejriwal is the only person who can make your electricity bill zero. Nobody else has the power to make it happen "he stated.

The AAP, which was founded in 2012, was the main opposition party in Punjab during the last assembly election, but party leaders believe the party to do better this time.