“AAP should now deliver what they have committed to,” says Mukul Verma

TrueScoop had an exclusive interview with Mukul Verma, a renowned industrialist from Jalandhar. Mr. Mukul shared his views about the upcoming government. 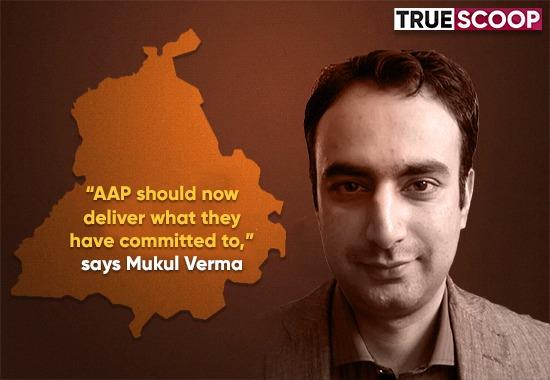 The Aam Aadmi Party registered a landslide victory in the Punjab Assembly polls by winning 92 of the 117 Assembly seats. AAP leader Bhagwant Mann is set to become the new Chief Minister of the state.
TrueScoop had an exclusive interview with Mukul Verma, a renowned industrialist from Jalandhar. Mr. Mukul shared his views about the upcoming government.
What do you think about the result? Did you expect it?
I think definitely, the results were expected as Exit Polls have already conveyed us the same thing. But, it's quite surprising that they have come up with such a great majority.
Do you think Punjab’s industry/education has hope now that AAP is in power? What will be the projected impact on the industry?
I think if the people have given them the mandate they should do their very very best because this is their first chance and it's the first time in Punjab that any independent party has come in power with a full majority. So I think they must do everything best in their capacity to uplift the industry of Punjab. Whatever challenges that we have been facing for the last few years that I would say though some of them were resolved earlier, but, there is a lot of work to be done still. So I think they should do everything in their capacity.
They should firstly form their government, secondly, once they settle down they should start meeting the people running industries in Punjab from different cities and ask them about the problems they are facing and try to resolve the issues as soon as possible. The Delhi government does focus a lot on education so I believe that they will also uplift the standard of education in Punjab to the next level, where a common man will also have a good facility, where they can send their children to a good school having a good environment and the youth of Punjab can be put in the right direction.
Also read: “Punjab needs a vision; If AAP has it, Punjab will develop,” says Dr Satnam
Do you think AAP will deliver its promises?
I think they should deliver because ultimately politics is always a recurring game. After 5 years there will be again elections, if they do perform well, of course, the people of Punjab will again try to give them the majority and if they don’t deliver then I think their future will not be this bright as it is now. They must try to deliver what they have committed. And on all the fronts they have to do the best they can.