In the photo, the legendary actor could be seen wearing a traditional Rajasthani outfit comprising a pagari, a kurta, studs and a neckpiece. 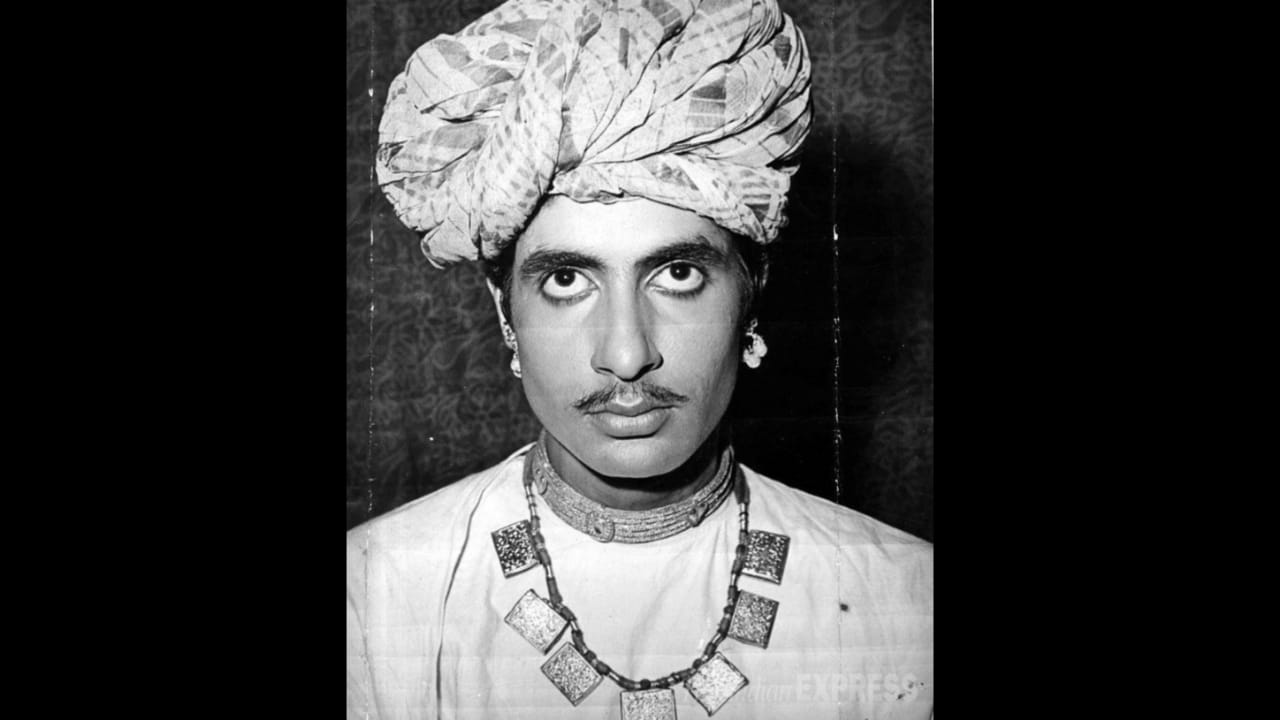 Amitabh Bachchan, on Sunday, shared a throwback picture of himself on Instagram, which has taken his fans back in time. The picture was from his look test for the 1971 film Reshma Aur Shera.

The film was produced and directed by Sunil Dutt. Dutt himself and Waheeda Rehman were in lead roles. The film also featured Vinod Khanna, Amitabh Bachchan, Raakhee, Ranjeet, and Amrish Puri.

In the photo, the legendary actor could be seen wearing a traditional Rajasthani outfit comprising a pagari, a kurta, studs and a neckpiece.

“My look test for film 'Reshma aur Shera'... 1969... I really got selected!” Amitabh captioned the photo. Many Bollywood celebs and his fans commented on the picture. Navya Nanda, his granddaughter, was all heart for the photo, and Siddhanth Kapoor dubbed Amitabh Bachchan "The Best."

The film was released in 1971. It was a crime drama in which Amitabh played the character of Chhotu, while, Vinod Khanna played Vijay.

Where everyone was all hearts for the picture, several fans could not help but notice how much this picture was resembling actor Sonu Sood. Where one of the social media users commented, “You look like Sonu Sood," another wrote, "Who thought it's Sonu Sood at first glance.”

Bollywood actor and now ‘Maseeha’ of poor people since pandemic, Sonu Sood himself is a big fan of Amitabh. When fans linked him to Amitabh, he responded humbly.

A fan had commented, “Jab sab theek ho jayega, uske baad appko har Sunday shoot se chutti leni padegi. Log apse milne aenge. Jo log ghumne ayenge wo puchenge ki Sonu Sood ka ghar kahan hain. Sonu Sood agla Amitabh." (When everything is in place and things are back to normal, you will have to leave the shoot on Sunday. People will come to see you and ask for your address. Sonu Sood is next Amitabh Bachchan)