Adam Zampa banned for a game for uttering 'audible obscenity'

Zampa has also been penalized one suspension point and a fine of $2500 as per Level 1 offence under Cricket Australia's Code of Conduct. 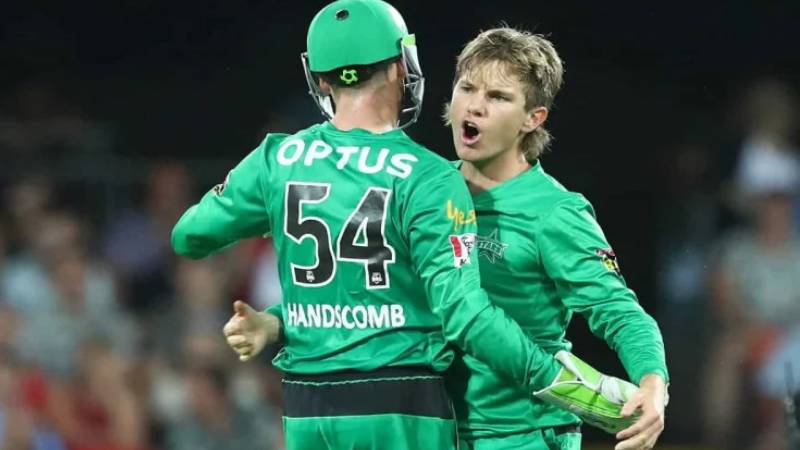 Australia limited-overs leg-spinner Adam Zampa has been suspended for one match in the ongoing Big Bash League (BBL) for 'audible obscenity' he uttered during a match on December 29, Cricket Australia said in a statement.

The leg-spinner, who represents Royal Challengers Bangalore in the Indian Premier League, accepted the 'charge for an audible obscenity' during his BBL team Melbourne Stars' match against Sydney Thunder.

Zampa has also been penalized one suspension point and a fine of $2500 as per Level 1 offence under Cricket Australia's Code of Conduct.

At the end of the 16th over of Thunder's innings, Callum Ferguson cut a short and wide delivery from Zampa to deep cover for a single. As the Thunder batsmen ran between the wickets, Zampa appeared to utter 'f*** me' which was caught by the stump mic.

The 28-year-old spin bowler has taken seven wickets in this season's BBL so far.

He took a wicket in each of the three T20 Internationals against India prior to the Test series and also took a total of seven wickets in the three-match ODI series against India, including a four-wicket haul, at the start of Australian international summer.