After Centre’s U-Turn on farm laws, Article 370 trends on Twitter

Politicians in Jammu and Kashmir demand restoration of Article 370. 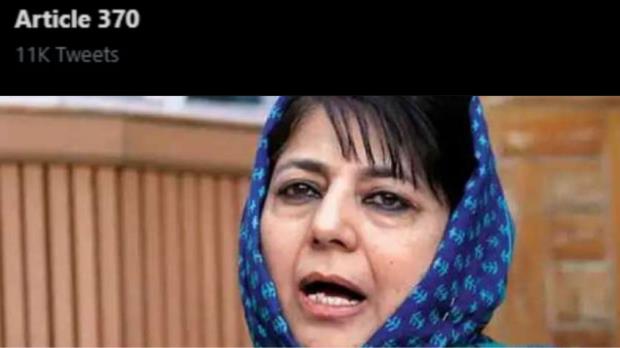 Facing an unabated farmers’ agitation for over a year, the Narendra Modi government took a U-turn over the controversial agricultural laws and decided to repeal them. Now Twitter is divided in opinions, at the same time, Article 370 trends on the social media platform.

What could be described as the BJP government's most significant political retreat since 2014, has demonstrated that the party will never risk its political capital in order to establish its policy credentials. Observing this, politicians in Jammu and Kashmir have called for the restoration of Article 370 and 35A.

"Decision to repeal farm laws & an apology is a welcome step, even though it stems from electoral compulsions & fear of drubbing in elections. Ironical that while BJP needs to please people in rest of India for votes, punishing & humiliating Kashmiris satisfies their major vote bank," said Mehbooba Mufti, Peoples Democratic Party (PDP) chief on Twitter.

"Desecrating Indian constitution to dismember & disempower J&K was done only to please their voters. I hope they course correct here too & reverse the illegal changes made in J&K since August 2019," she added in another tweet.

"Congratulations to the farmers who fought for their right and got it," tweeted senior National Conference leader Rhullah Mehdi, who has been advocating for agitation for the restoration of statehood and Article 370. "You get what you deserve," he added.

Meanwhile, those who supported the farm laws stand strong behind the Modi government and firmly oppose the restoration of Article 370, and back CAA-NRC.