“Due to power outage, farmers were facing difficulty sowing the crop and harvesting the crop in the field.” 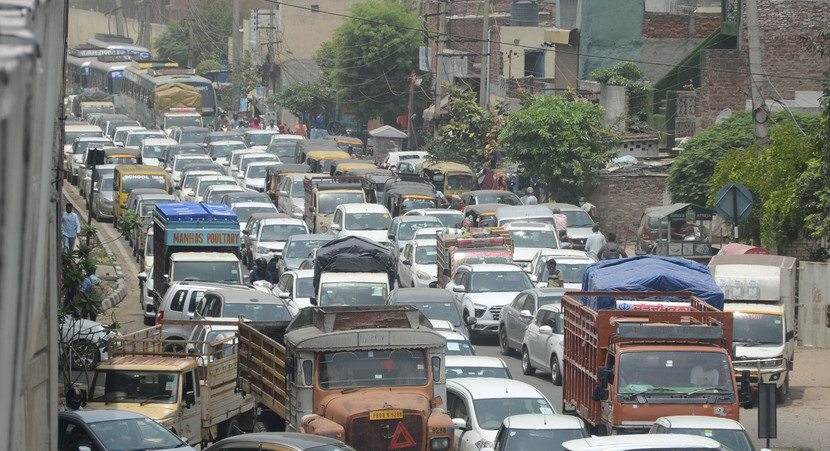 Areas like Rama Mandi, Chugitti Chowk, Lamma Pind among others witnessed jams as the main highway was blocked by the farmers. Traffic was diverted by the police through villages near the Club Cabana resort on the highway or from other link roads to avoid traffic bottlenecks. However, the busy intersection of Rama Mandi witnessed traffic bottlenecks until late afternoon.

“Due to power outage, farmers were facing difficulty sowing the crop and harvesting the crop in the field.”

Meanwhile, after Punjab government assured to restore power in two days, blocked roads and highways were reopened and farmers announced to end their protest.

Witnessing the massive traffic jam in the city, the chief powercom engineer Jainender Dania arrived at the scene of protest after two hours. Mr Dania informed the farmers about the looming coal scarcity, assuring the power supply to be restored in two days.

Farmers, on the other hand, gave a two-day ultimatum and ended the protest. The vehicular movement has been resumed with police lifting the barricades in several city corners, including those at BSF and PAP Chowk.

The stranded passengers are relieved.

BKU members had blocked National Highway at PAP Chowk to protest against the power crisis, resulting in blockage of movement to Ludhiana, Amritsar, Delhi, Panipat, Rajpura, Pathankot and other cities. Reportedly, an ambulance and the groom's car were also halted in the traffic jam which was eventually cleared by the farmers.

According to farmer leaders, the state administration had promised an uninterrupted power supply for 8 hours during the paddy and wheat sowing and transplanting seasons. However, there was never adequate electricity.

Punjab is currently facing a power outage due to a coal scarcity. Punjab's government and private thermal plants can barely produce half of the required energy.