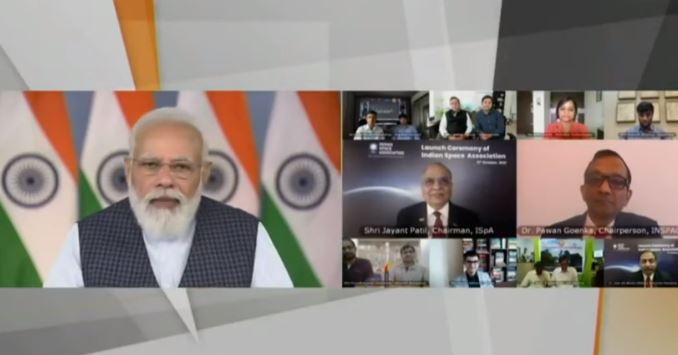 Prime Minister Narendra Modi, on Monday, virtually launched the Indian Space Association (ISpA). At the virtual event, he praised the nation and said that India is among a few countries which has end-to-end technology in the space sector. Prime Minister also interacted with the space engineers.

“There has never been such a decisive government in India as it is today. The major reforms happening in India today regarding Space Sector and Space Tech are a link to this. I once again congratulate all of you for the formation of the Indian Space Association - ISP, I convey my best wishes,” PM Modi was quoted saying.

Prime Minister further said that the reforms in the space sector depend upon four pillars. PM Modi said, “Our approach is based on four pillars when it comes to space reforms. First, freedom of innovation to the private sector. Second, the role of the government as an enabler. Third, preparing youth for the future. And fourth, to see the space sector as a resource for the progress of the common man.”

He further said, “Earlier, the space sector was synonymous with government. We changed this mindset, brought in innovation in the space sector and gave the mantra of cooperation between government and startups. This new mantra is necessary because this is not the time of linear innovation for India.”

Prime Minister Narendra Modi has shared a video of the event on Twitter. He started the conference by paying tribute to Loknayak JP and Bharat Ratna Nanaji Deshmukh on their Jayanti.