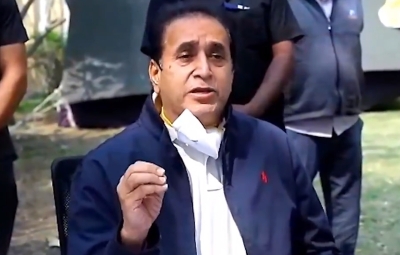 The Central Bureau of Investigation (CBI) has registered an FIR against ex-Maharashtra home minister Anil Deshmukh, raided around 10 locations across multiple cities and later detained him in Nagpur, official sources said here on Saturday.

Deshmukh, who had been interrogated earlier by the CBI in Mumbai for 8 hours on April 14, was likely to undergo a second round of questioning on Saturday.

The CBI action is part of the primary probe into the corruption allegations levelled against him by former Mumbai Commissioner of Police Param Bir Singh last month, sparking off a massive political upheaval.

"The CBI has registered an FIR in connection with the corruption allegations against Deshmukh, and raids were conducted at various places," a CBI official connected to the probe said.

In the FIR invoking provisions of the Prevention of Corruption Act and Indian Penal Code, the CBI is understood to have named Deshmukh and at least 5 others as accused in the case pertaining to allegations that the former home minister asked a police official to 'collect' Rs 100-crore per month from hoteliers and other sources.