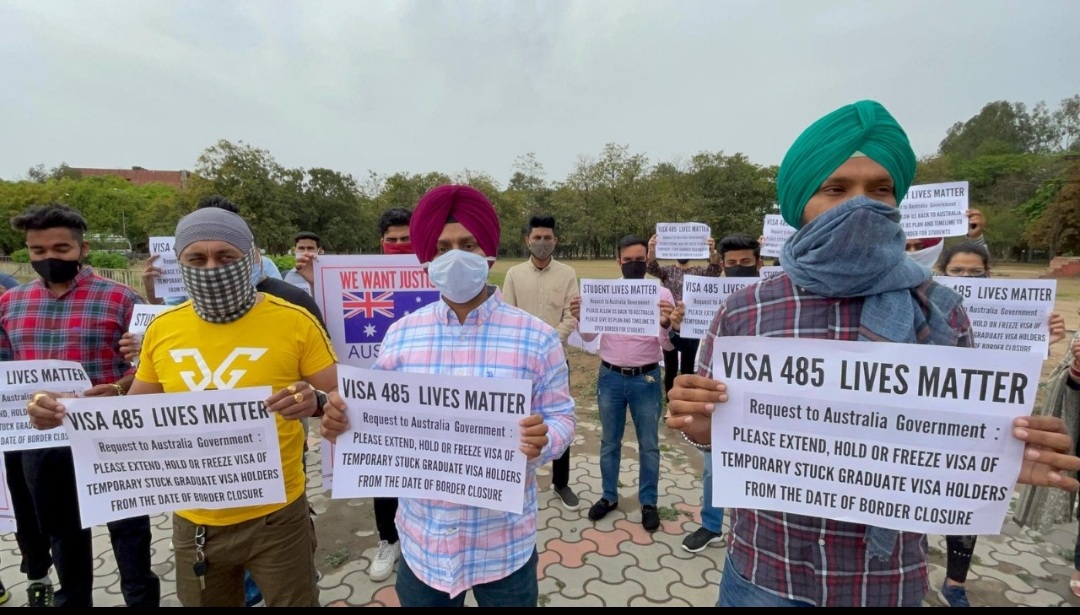 With the beginning of the pandemic, the suffering of international students also began, as students had to return to their native countries and attend online classes even after paying fees of face-to-face education. It was understood that for students safety classes had to be online. At that point in time, Australia promised its International students that as soon as it is safe for them to return, Australian borders will be reopened.

Now, it’s been a year since Australian borders are closed for temporary migrants. Students are frustrated about the restrictions. Faced with uncertain future international students and temporary graduate visa holders are still stranded in India even after paying full-time fees for face-to-face education. Australia has refused entry to students even after providing visas and accepting 40-50 lakhs of fees.

According to the latest data, 164,485 student visa holders were outside Australia since January 2021 and of these 12,740 were from India. Around 1,20,000 new students who were enrolled and given visas are now stranded in India.

These frustrated students are blaming the Scott Morrison government for forgery and making education a business. Students who spent millions and dreamt of living in Australia are now forced by the Morrison government to study online in the name of the pandemic.

A peaceful protest was staged by the Indian Australian students at Jantar Mantar in India’s National Capital for the same. On March 22, a protest was held on the matter in which international students gathered to protest against the Australian government's draconian border restrictions.

The temporary migrants are demanding the Australian government lift the travel ban and ensure their return. ‘We are giving them a huge amount for online studies, that’s not justified. We want justice. Canada, U.S, and UK governments have already opened the border for international students. Whereas Scott Morrison government is not even giving any deadline to lift up the restrictions.’

‘The government should clearly signal students about the present situation. We are ready to change our study institutes, the government has to return our embassy fees and other expenditure’ another student added. Students are blaming the Australian government of cheating on students by accepting such huge fees and still not allowing students to enter.

On the matter, immigration minister Alex Hawke said, that the country is preparing to open its international borders in line with the vaccine rollout but stopped short of providing a timeline. He said that once the borders are opened, international students and tourists will be given priority. ‘We have learned one thing out of COVID, and that is we absolutely miss the visitors to our economy and temporary visa holders. We want them back as soon as possible,’ Alex said.

Get the latest update about Rules, check out more about Visa update, Education news, Universities & Canada