Despite the outcry in the Punjab Congress, the names of the congress candidates have begun to be decided upon. In the initial list, around 29 names have been agreed upon. Congress head Navjot Singh Sidhu of Amritsar East, pratap singh Bajwa of Qadiyan, Malvika Sood of Moga, and sufi singer lakhwinder Wadali of Attari are among them. Furthermore, kuljit Nagara's ticket has been confirmed. 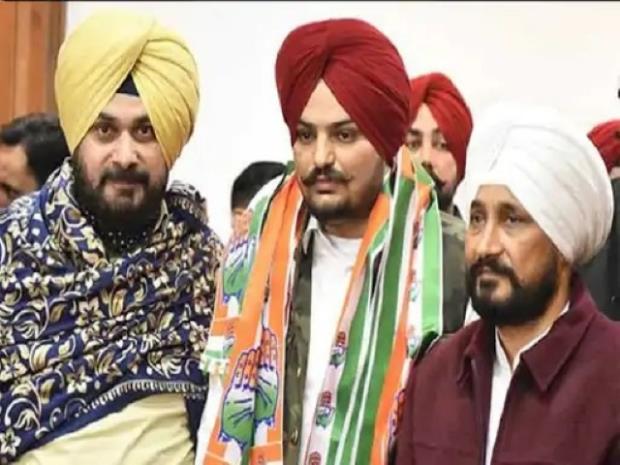 The congress has reaffirmed their faith in my brigade. Tripti rajinder bajwa, Sukhbinder singh sukh sarkaria, Sukhjinder randhawa, and Ramanjeet Sikki all have tickets. The name of minister Rana gurjit from Kapurthala, who has regularly spoken out against Sidhu and is close to Captain Amarinder Singh, is the most intriguing. Their ticket seemed to have been decided upon as well. The names of 60 to 70 hopefuls will be announced in the first list.

Sidhu is against the Musewala ticket

The mansa seat is likewise in an unusual predicament. Sidhu Musewala, a controversial singer, is a ticket candidate from this area. Musewala is being lobbied for by navjot sidhu, cm channi, and Punjab Congress in-charge Harish Chaudhary. Chuspinder Singh of the Mansa Youth Congress, on the other hand, demands a ticket. However, current MLA nazar singh Manshahia has also expressed his displeasure. He said that if musewala is handed a ticket, he would consider his alternatives. In this respect, he has also addressed a letter to the Congress's highest authority. In 2017, Manshahia won the election on the aap ticket, but afterwards switched to the congress.
In front of Sonia, Sidhu, Channi, and Jakhar clash
On Friday morning, Congress got entangled with CM Charanjeet Chann, Punjabi Pradhan, Sidhu, and Campaign Committee Chairman Sunil Jakhar in front of Interim President Sonia Gandhi. The issue has gone up to the demand to declare the CM's face since the ticket was given. Given the turmoil in the Congress in Punjabi, the Congress High Command wishes to run on the faces of Channi, Sidhu, and Jakhar, but he demands the announcement of Sidhu and Channi are more supportive. The Trio was previously involved in a meeting of the Central Election Committee.
In the long run, all three leaders want to get tickets for their supporters so that their claim on the CM's chair can be strengthened. 78 seats were discussed in the Congress on Thursday night. Sonia Gandhi said that first the leaders should reach a consensus among themselves. Then come to the meeting. This will be followed by another meeting with senior leaders later today. Last night, the situation was once again prevailing.
In the meanwhile, a substantial number of congress tickets have been purchased. The first list of candidates for Congress is expected to be unveiled today, with contenders for 73 to 75 seats expected to be announced. The vast majority of them will be MLAs. For 5 seats, brainstorming is underway. Furthermore, the number of women on the following list may be higher.
Sidhu says send Rinku in support of Channi from Adampur
In Punjab, CM Channi wants to run for Adampur seat against his cousin Mohinder kp. Navjot Singh Sidhu, on the other hand, believes that the Jalandhar west MLA Sushil Rinku should be contested from Adampur. Jalandhar West is fought by Mohinder kp. The decision was made at the party level, but cm Channi took the second bet. Because of the SC vote bank, there was a suggestion that cm channi should run for Adampur with Chamkaur sahib, but this did not seem to be viable following the 'one family-one ticket' formula. That is why the cm has lobbied for his close relative kp to be admitted here.
The bid of the young congress also irritates the congress
This time, the young congress wants to award its leaders tickets as well. During the meeting organized by Sonia Gandhi, cm channi and sidhu backed nimisha mehta for the garhshankar seat. Sunil Jakhar, the chairman of the campaign committee, has proposed Amarpreet Singh Lali, the former president of the Youth Congress. The youth congress is claiming 12 tickets from Amargarh, including barinder dhillon ropar, amit bawa saini derabassi, daman bajwa sunam, and gurjot dhindsa, among others. The Mansa Youth Congress wants chuspinder to get a ticket, while navjot sidhu and cm channi from here are in favor of handing tickets to controversial musician Sidhu Musewala.
The CEC meeting will be followed by the screening committee
After seeing the leaders clash in front of Sonia Gandhi, the screening committee will meet again to arrive at a consensus. Ajay Maken, the committee chairman, will be in charge. All members will attend, including CM Channi, Sidhu, and Jakhar. The CEC will meet again after the consensus has been reached here, after which the first list will be released.
A list of potential congress candidates has gone viral
Also Read: UP Elections 2022: Congress releases candidature list, Gives ticket to Unnao Rape Victim’s mother
Meanwhile, a list of congressional candidates has been widely circulated. The congress, on the other hand, has yet to respond. Although the date on this list is likely to be January 14, 2021, the candidates' names have been written for the 2020 elections. In such a situation, it is regarded as a forgery.