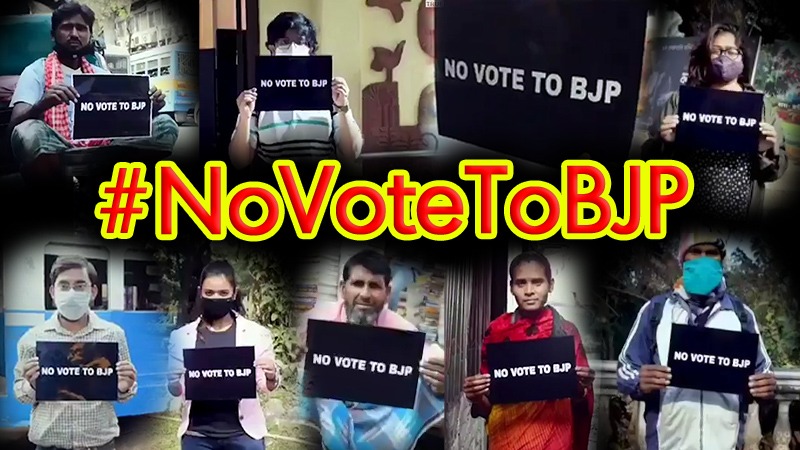 Farmers supporters across the nation standing in solidarity with the ‘Annadatas’ who have been protesting for over 106 days now at Delhi borders, have kick started a campaign named #NoVoteToBJP.

The trend has been trending at top two on twitter with around 143k tweets so far. From politicians of opposition parties to foreign nationals to youngsters and supporters of farmers from across India, they all have been quoting various issues related to injustice to Navreet (who allegedly was shot dead by Delhi Police on January 26), unemployment, democracy, high fuel prices etc, while using hashtag No Vote to BJP.

The aim to use the hashtag as seen in the various tweets is to apprise the users of the wrongdoings of the centre government and their ignorance towards the farmers’ issues. The twitteratis could also be seen urging people to not to vote the BJP government in the upcoming assembly polls in Kerala, Tamil Nadu, Puducherry, Assam and West Bengal.

Punjab MLA and President, Punjab Ekta Party (PEP), Sukhpal Khaira in his tweet mentioned “Still firm on my demands, give justice to Navreet, his wife, his father, his grandfather, and to all the farmers. We need fair and an honest probe into how Navreet got killed, was it just an accident or a murder”. @AJEnglish @BBCWorld @CNN @nytimesworld #NoVoteToBJP @hrw, he tweeted. 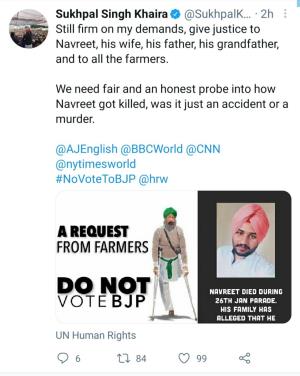 Another youngster Manraj from Madhya Pradesh tweeted, “Lakhs of farmers who have been protesting for over 106 days now, demanding the rollback of the 3 anti-farmer agriculture laws. They have been braving the cold wave and heavy rains. Several farmers have lost their lives. Now demand changed to this intention #NoVoteToBJP”. 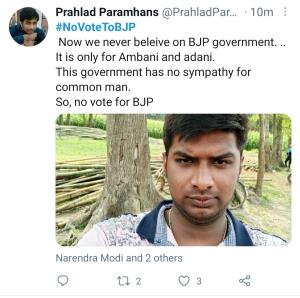 Not just this, a page bearing name No Vote to BJP is active on twitter having message written on its bio that this is a campaign against the divisive politics of BJP. It is a pan India open call to not vote for BJP. 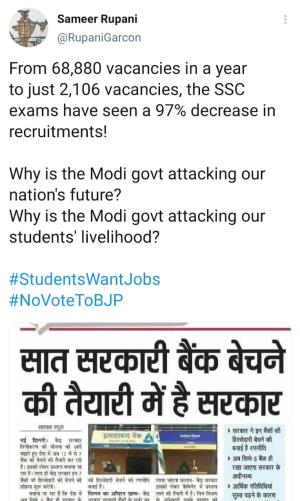 Another student wrote, Students Want Jobs! PM Modi has broken the trust of our students, our youth. PM Modi has betrayed the nation. #StudentsWantJobs #NoVoteToBJP

Besides, a rally was taken out in Kolkata to support this #NoVoteToBJP campaign. “We farmers and our leaders will campaign under this slogan. We will not let BJP win these elections. #NoVoteToBJP #StudentsWantJobs”, write Vijay Prakash on twitter while sharing some glimpses of the rally. 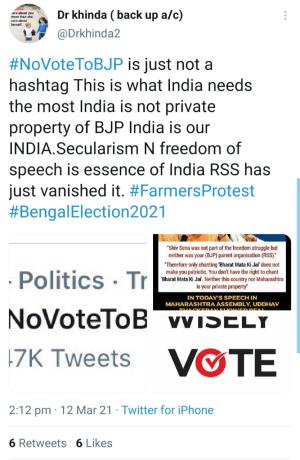 Another, Dr Khinda wrote, “#NoVoteToBJP is just not a hashtag. This is what India needs the most India is not private property of BJP India is our INDIA.Secularism N freedom of speech is essence of India RSS has just vanished it. #FarmersProtest #BengalElection2021”. 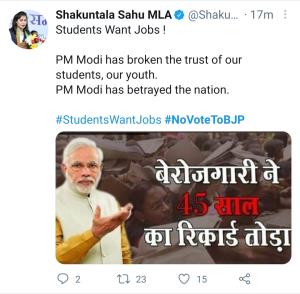 “Now we never beleive on BJP government. ..It is only for Ambani and adani. This government has no sympathy for common man. So, no vote for BJP”, write another twitter user.