“Many Congressmen are in touch with us and are willing to join us,” Kejriwal claimed. 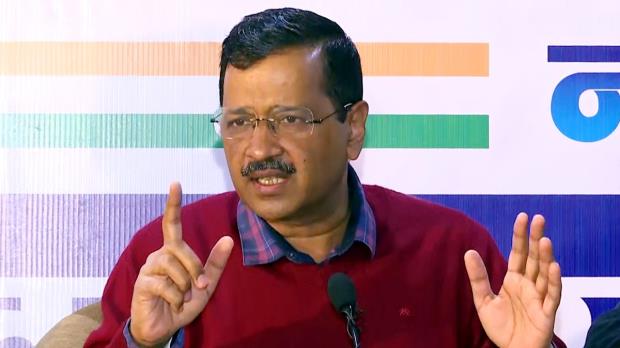 Aam Aadmi Party president Arvind Kejriwal has dropped yet another bomb on Congress ahead of state assembly elections in Punjab. The Delhi CM on Tuesday alleged that over 25 MLAs and two to three MPs of Congress are willing to join AAP.

“We don’t want to take their garbage,” said Kejriwal, adding “if we start doing that at least 25 Punjab Congress MLAs and 2-3 MPs will join AAP by evening.”

“Many Congressmen are in touch with us and are willing to join us,” he claimed.

The Delhi CM today is campaigning in Amritsar for the upcoming assembly elections in the state. While addressing the crowd, Kejriwal further insisted the Congressmen willing to join the party will not be inducted.

The AAP, which was founded in 2012, was the main opposition party in Punjab during the last assembly election, but party leaders believe the party to do better this time.

Kejriwal has been aggressively campaigning in the border state and has also paid frequent visits to Uttarakhand and Goa, two other poll-bound states that will vote around the same time as Punjab.

AAP on Monday announced that if his party comes to power in Punjab, every woman aged 18 and up will receive Rs 1000 per month in her bank account.

"It will be the world's largest 'women allowance' scheme to be implemented by any government ever," Kejriwal said while announcing his plan for women in Punjab.

“Every month, each woman over the age of 18 in each household will receive Rs 1,000 in her bank account," he added.

"This will be given to every woman in every family...no government has ever done anything like this before. I know a lot of women who couldn't go to college before, but now they will be able to... Although Rs. 1,000 is not a large sum, it will provide financial independence to thousands of women," Kejriwal added.

If elected in the upcoming assembly elections, Kejriwal has already promised up to 300 units of free electricity for each household in Punjab, as well as 24-hour electricity and free treatment and medicines at government hospitals.