All offices of the Delhi government, corporations and autonomous bodies will remain closed until November 26. 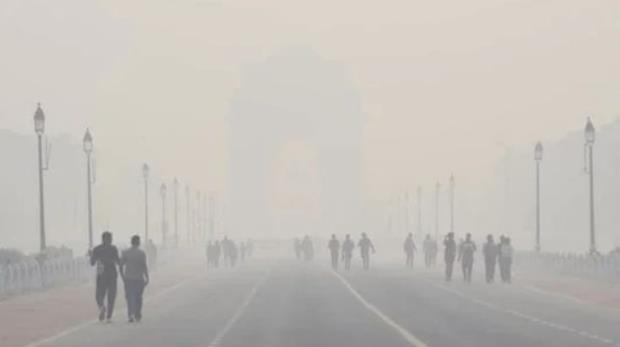 Air quality visibly improved in Delhi after strong surface winds swept through the city on Sunday. Following the improvement, the authorities will now reassess the restriction placed across the national capital in order to curb air pollution.

However, schools will remain shut as of now and a decision to reopen them along with the work from home rule in the state government and corporations will be announced on November 24.

All offices of the Delhi government, corporations and autonomous bodies will remain closed until November 26. However, those involved in essential and emergency services have been exempted from this direction. In addition to this, the environment department, in its order issued on Sunday, advised private offices to let their employees work from home.

“The violation of the order issued under Section 5 of the Environment (Protection) Act, 1986, or the rules made thereof shall be punishable under Section 15 of the said Act, which includes imprisonment of up to Rs 1 lakh, or both,” read the order.

Strong surface winds brought some relief from high pollution levels in Delhi and improved visibility on Monday morning, officials said. The air quality index of the city stood at 307, which falls in the very poor category. However, it was down from 349 the previous day. The air quality index of Gurugram, Greater Noida, Faridabad and Noida stood at 318, 213, 326 and 268 respectively.

Following orders from the Commission for Air Quality Management, the Delhi government had on Wednesday issued 10 directions, which also include a ban on the entry of trucks carrying non-essential items into the city, ban on construction and demolition activities in the city and an order for its employees to work from home till November 21, Sunday.

“The environment department has directed to close all schools till further orders of the Commission for Air Quality Management in the NCR and adjoining areas. Therefore, all government and private schools will remain closed till further orders," Additional Director of Education Rita Sharma said on Sunday.