Alia Bhatt is playing the role of Sita. And today in the morning... 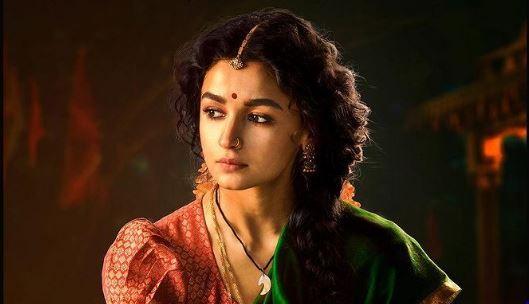 Actress Alia Bhatt who is back on the set of RRR, which is in Hyderabad has created a layer of excitement among her Instagram followers. Yesterday, she updated everyone on her Instagram profile by posting a story of herself traveling in a car and by captioning it as “And finally... Team RRR here I come!!” in which she tagged rrrmovie. In the movie, Alia Bhatt is playing the role of Sita. And today in the morning she took a mirror selfie in which she was getting ready in her dressing room, which she posted on her insta story. 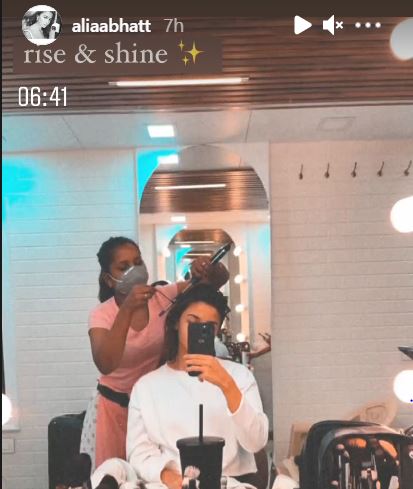 She captioned the story as, “rise & shine” which was captured at 6.41 in the morning. This film is directed by SS Rajamouli features, fame director of Baahubali, the starring cast includes Ajay Devgn, Samuthirakani, Alison Doody, Jr NTR, Ray Stevenson, and Olivia Morris. The release date of this movie is scheduled to be in the theatres on October 13th. The story is based on two legendary freedom fighters: Alluri Seetharamaraju and Komaran Bheem.

Also read: Are Ranbir and Alia getting married before the release of Brahmastra?

Alia Bhatt has released tremendous love and support by her fans when the first look of the character of Sita. She has signed up for many movies, in which one of which is a reunion of Ranveer Singh and Alia, which is directed by Karan Johar and is called Rani Ki Prem Kahaani. Further, she and her rumored lover Ranbir Kapoor in Brahmastra. Other than these, she is also working on Darlings, which is her next production. RRR is a multilingual project and will be released in Hindi, Tamil, Malayalam, and Telugu.