The all new Yamaha R15M V4, Aerox 155 and its features were launched along with the flagship scooter. 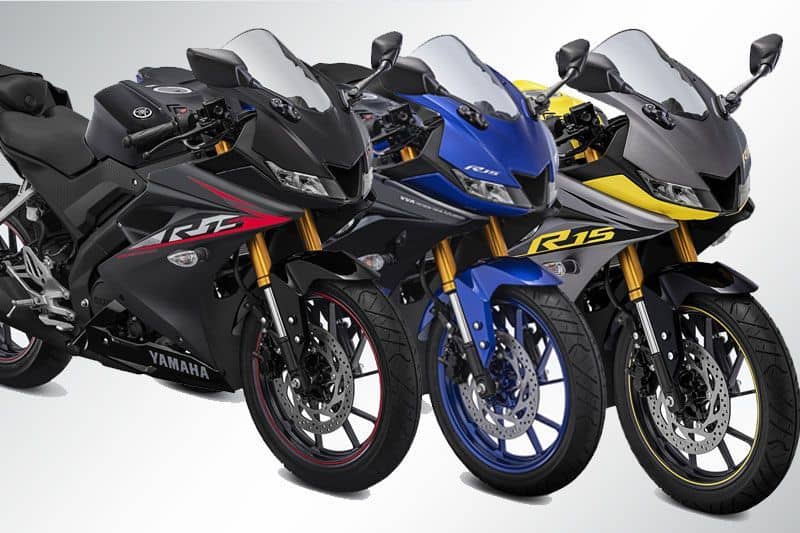 Yamaha had recently launched its new generation R15 in India and it has been named YZF R15 V4. The latest edition of the sports bike is not just fancy with its looks but will also intrigue you with its mechanical capabilities.

What is different in this model?
The newest generation of R15 is a lot better than the standard variant for a couple of reasons which might prompt you to buy it. Apart from all mechanical upgradation the new model is available in a variety of colours and will not disappoint the buyer.

The three colour options available in the market are Metallic Red, Dark Knight and Racing Blue.

What is the price range of the new model?
The prices across the country are Rs 1.68 lakh, Rs 1.69 lakh, and Rs 1.73 lakh. The new R15M will be available in Silver with Blue accents. There is another version called the Monster MotoGP in Black which starts at a range of Rs 1.8 lakh.

The new design of the R15 series is hugely inspired by the R7 super-sport bike variant. The difference in style includes the revised front and single LED projector headlight which adds to the looks complementing the sports bike.

New mechanical features
The new R15 is unique in its own way and has been introduced keeping in mind the needs of biking enthusiasts in India. The new generation R15 is created with golden-coloured USD forks upfront.

The new mono-shock unit deals with excellent suspension and the breaks are powerful than ever before with the disc breaks equipped with dual-channel ABS. The additional features which act as a cherry on top are the full digital LCD instrumental console which is enabled with Yamaha’s Y- Connect connectivity feature along with Bluetooth.