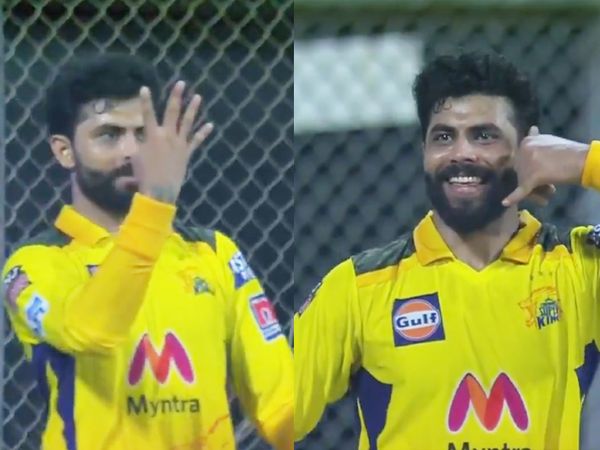 Chennai Super Kings registered a comfortable 45-run victory over Rajasthan Royals on Monday and the biggest reason for that was Sir Ravindra Jadeja's contribution in the field. Commonly regarded as the best fielder in the world, Jadeja took four catches in the match, and also bagged two wickets, to restrict RR to 143-9. Following Jadeja's heroics, a tweet from MS Dhoni from 2013 resurfaced, which is still relevant today.

“Sir Jadeja doesn’t run to take the catch but the ball finds him and lands on his hand.”Tweet said.

In terms of the match, CSK spinners Ravindra Jadeja (2/28) and Moeen Ali (3/7) dominated the proceedings, spinning their team to yet another IPL victory in 2021. RR had an uphill challenge chasing 189 runs and lost two wickets for a total of 45 runs. Jos Buttler attempted to score from one end but was only able to get as far as 49 before being dismissed by Jadeja.

As the England batsman was bowled, he spun one to beat Buttler's outside edge. Shivam Dube, whose struggle at the crease had placed some strain on RR, was then scalped by the India left-arm spinner.

After taking the catch, Jadeja celebrated by pointing a "call-me" to the fans. At the same time, MS Dhoni, playing the 200th match for CSK as captain, could not do anything special with the bat. He could only score 18 runs off 17 balls. Dhoni lost his wicket in the affair of hitting a six with one hand.