All you need to know about the Indian Army Day 2022

On January 15, India will celebrate its 74th Indian Army Day. 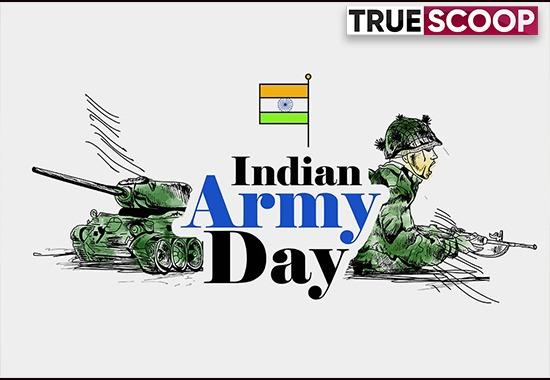 This year, India will celebrate its 74th Indian Army Day. This day is celebrated at all Army Command Headquarters across India. Due to the pandemic, the day will be celebrated amidst stringent protocols.
On this day, Indian soldiers who served their nation selflessly are being honoured. According to the Global Fire Power Index 2017, India's army is considered the world's fourth strongest army.
Let’s answer some simple questions related to this day.
On which date we celebrate Indian Army Day?
Army Day is celebrated on January 15 every year in India.
Why do we celebrate Army Day?
On 15 January 1949 in India, General KM Cariappa became the first Indian to command the Indian Army. Since then Army Day is celebrated every year on this special day.
How is Army Day celebrated in India?
In the celebration of Army Day, the parade is organized every year at the Cariappa Parade Ground of Delhi Cantonment. Its salute is taken by the Indian Army Chief. On this occasion, Gallantry awards and Sena medals are awarded.
What is special about Army Day 2022?
The Indian Army will unveil their new digital pattern uniform on the occasion of Army Day, 2022. The new uniform is made from light weight and more durable fabric compared to the earlier ones.
The uniform will be put on by soldiers during the Army Day Parade in Cariappa Parade Ground in Delhi. This is the fourth time the dress has been changed since independence.
Also read: Indian army to unveil their new uniform on Army Day 2022